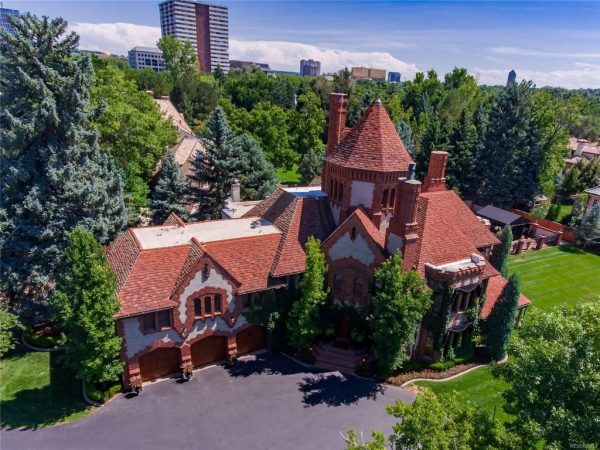 Carylyn Bell has lived in only two houses her entire life: her father’s and this one.

Now, the founder of Corporate Stock Transfer Inc., a Denver-based financial services company, is listing the Tudor estate she bought when she was just 22.

“It was in bankruptcy and it was a mess,” Bell said. “I’ve spent my life making it beautiful.”

The mansion, located in a neighborhood just south of the Cherry Creek Shopping Center, was built in 1933. Denver architect Temple Hoyne Buell, the man behind Denver structures such as the Paramount Theater, designed the home, which previously was owned by onetime Colorado Sen. Lawrence Phipps. The Phipps family brought masons from London to lay the exterior brick on the outside of the home, Bell said.

Bell raised her four children and three stepchildren in the home. She listed it for sale once before, in 2005, as part of the separation agreement between her and her first husband. She ended up buying him out and staying.

Now, Bell is ready to pass the estate she has lived in since 1981 to new owners.

“I’m single now, and it’s an awfully large house for me,” Bell said. 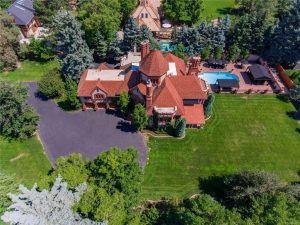 Seller: Carylyn Bell, founder of Corporate Stock Transfer Inc. She purchased the property in 1981 for $620,000, according to property records.

The finer things: The home features crystal chandeliers, hand-carved wood paneling, a modern kitchen and a third-floor tower with a fireplace. Outside, the property comes with a pool, outdoor kitchen, cabana and two patios.

The seller bought the Tudor estate in 1981 and said, ‘I’ve spent my life making it beautiful.’