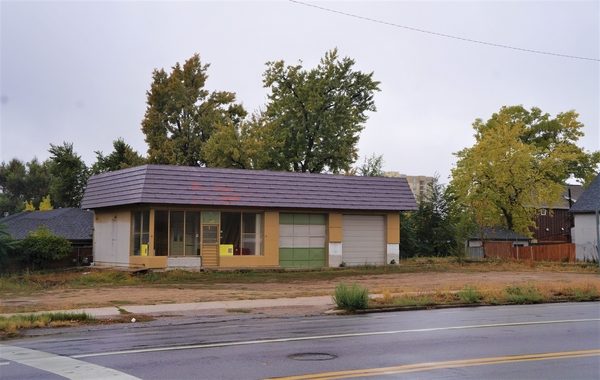 The former gas station at 3600 W. 29th Ave. has been rezoned ahead of planned redevelopment of the site. (Thomas Gounley)

A former gas station in a residential section on the edge of Sloan’s Lake and West Highland has been rezoned ahead of planned redevelopment.

Denver City Council voted 11-0 Monday to rezone 3600 W. 29th Ave. from U-SU-C — a single-unit residential district — to U-MX-2X, which will allow for redevelopment of up to two stories for commercial use.

The 0.23-acre lot at the corner of 29th Avenue and Lowell Boulevard is currently home to a one-story building, which dates to 1949 and has been vacant for years. The immediate surrounding area is primarily residential.

Although the property has had commercial uses in the past, it was rezoned to the residential classification in 2010 as part of citywide rezoning, according to city documents.

Speaking at Monday’s council meeting, Reid Goolsby identified himself as the owner of the property. Acting as R&B Investment LLC, he purchased it for $700,000 in June 2016, according to records.

“It’s been one of the few remaining rundown properties left in the neighborhood,” Goolsby told council members.

Goolsby said he plans to demolish the existing structure and put up a two-story building with retail space on the ground floor and office space on the second.

The city has yet to receive a formal redevelopment proposal for the site. 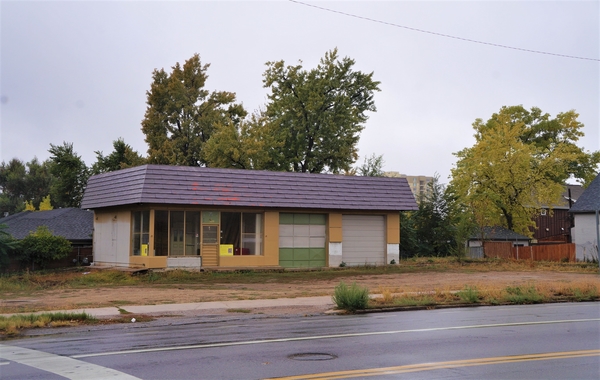 The former gas station at 3600 W. 29th Ave. has been rezoned ahead of planned redevelopment of the site. (Thomas Gounley)