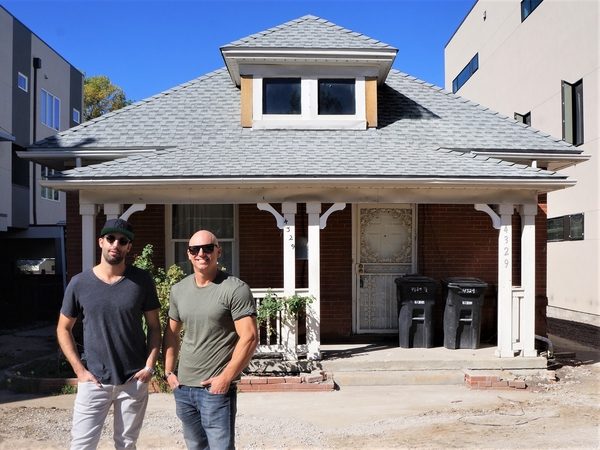 Alex Gobel, left, and Dylan Lucas are part of the development team that plan to replace a duplex along Tennyson Street in Berkeley with a three-story building. (Thomas Gounley)

A project that could break ground along Tennyson Street as soon as early next year is slated to pioneer a new approach to parking in Denver.

Plans for the three-story building at 4329 N. Tennyson St. in Berkeley, which would replace an existing duplex, include a “puzzle lift,” an automated system that will stack 17 vehicles while ensuring all of them remain accessible.

Developer Dylan Lucas, who is building the project with Alex Gobel and two other partners, said the lift manufactured by Oakland, California-based CityLift will cost about $320,000, but reduce the amount of space needed to satisfy city parking requirements.

“With us being on Tennyson, the last thing we wanted to do is activate the ground floor with a parking lot,” Lucas said.

The lift, which will stack cars four high, will have 18 slots, but one always will be left open so that the configuration can be shuffled to bring a vehicle on an upper level to the ground for a waiting driver.

“Ideally, it will be for the office tenants,” Lucas said. “Thirty seconds is about the amount of time it takes to get the car off the lift.”

Lucas said adding below-grade parking was theoretically feasible, but the small size of the lot — 0.15 acres — means “the angles are tough,” and parking could be “cumbersome to get in and out of.”

Lucas said the cost will be offset, to a degree, by the increased amount of for-rent space he and his partners will be able to build.

Lucas said he believes the puzzle lift will be CityLift’s first in Denver; the company didn’t respond to a request for comment. 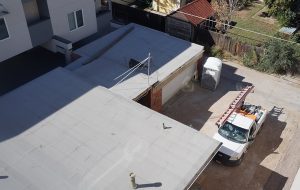 The parking lot would be built to the rear of the property, and accessed through an alley. (Thomas Gounley)

Other puzzle lifts are likely to follow. Lenny Taub, who develops in Denver as First Stone Development, told Denverite in the spring that he was considering such a system for a planned development along Santa Fe Drive.

Lucas, Gobel and their partners, acting as LG3 Holdings LLC, purchased the 4329 Tennyson St. property for $887,840 in November 2017, according to county records. A site-development plan was submitted to the city this month and awaits approval.

Lucas and Gobel said they hope to have a restaurant take up the approximately 3,500-square-foot first floor, as well as the slightly smaller rooftop. The second and third floors are slated to become a coworking space; the two said they’d likely operate it under their own brand.

Lucas said the duplex, which according to property records dates to 1906, likely will be demolished in the next month. Construction could begin in early 2019, and wrap up by early 2020.

Lucas, 37, is the owner of Denver-based Eco Roof and Solar, while Gobel, 32, owns a high-end luggage company called Vesica, and the Jammy Pack brand for headphones and portable speakers.

The Tennyson Street project will be the group’s first ground-up development. Lucas said they’ve done renovation projects in the past. 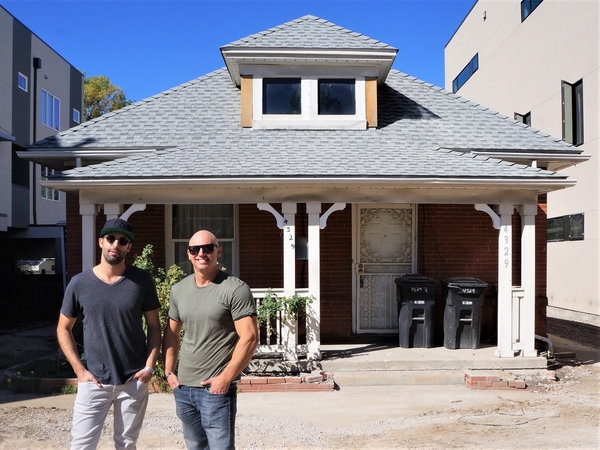 Alex Gobel, left, and Dylan Lucas are part of the development team that plan to replace a duplex along Tennyson Street in Berkeley with a three-story building. (Thomas Gounley)

A three-story building planned for 4329 Tennyson St. is slated to include an automated system that will stack 17 vehicles while keeping them all accessible.