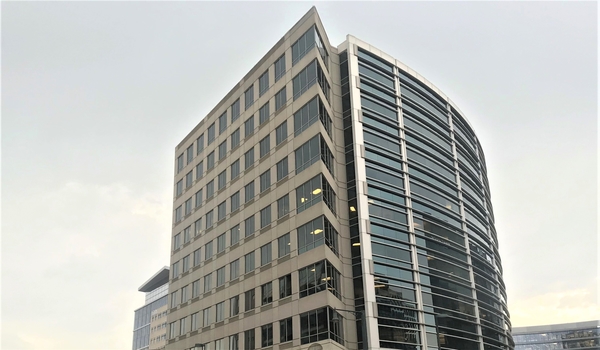 Chris Phenicie never has brokered a deal of this size in just two months.

“I don’t know if many people can say they have, honest to God,” the CBRE broker said.

Phenicie represented Bentall Kennedy in its lease negotiations with VF Corp., which confirmed Tuesday that it will be taking over Bentall Kennedy’s 10-story building at 1551 Wewatta St., near Union Station.

The parent company of The North Face and other outdoor brands signed a 12-year lease last week for the entire 285,000-square-foot building.

“We’ve been working for approximately the past two months, so it came together fairly quickly, quite frankly,” said Scott Matthews, Bentall Kennedy’s senior vice president of asset management. “They were very focused on it. They particularly liked the location.”

BusinessDen reported last month — shortly after Greensboro, North Carolina-based VF Corp. announced plans to move to Denver — that the company had zeroed in on the building. 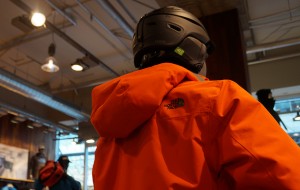 VF Corp. has said it expects to employ approximately 800 people in Denver as it moves the central offices for outdoor brands JanSport, Smartwool, Altra, Eagle Creek and The North Face under one roof.

“This deal was a pretty amazing chain of events: that (the building) was actually still available, and that the tenant could execute that quickly,” Phenicie said Tuesday.

The building, which was completed in 2002, housed Gates Corp. before the company relocated to 1144 15th St., Denver’s newest office tower. Matthews said he’s been planning renovations to the building for about 2 1/2 years, and has selected Saunders Construction as the general contractor for projects that include expanding a fourth-floor outdoor deck, lobby expansion and new glass facade.

Matthews and Phenicie said the building was in many ways an easy sell to VF Corp. Its proximity to Union Station and mass transportation was a clincher, because it will give its VF Corp.’s employees, many of whom will be relocating, flexibility to choose housing anywhere in the metro area. Plus, the building has the capacity for about 1,200 workers, if the company wants to expand.

“Talk about an amazing coincidence, that it was the right size,” Phenicie said. “I think a lot of that was just a perfect fit for them.”

VF Corp. also has hired designer Rapt Studio for the build out. The company plans on a 12-month period of renovations beginning in early 2019. VF Corp. will gradually move in employees during that time, a company spokesman said.

The parent company of brands such as The North Face signed a 12-year lease for 1551 Wewatta St. BusinessDen reported last month the company had zeroed in on the building.