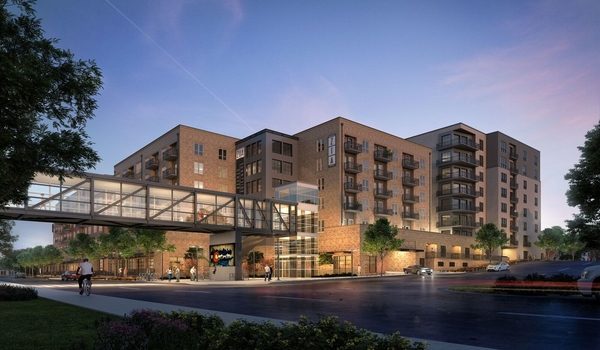 A rendering of the Zia Sunnyside project. (Courtesy of Confluence Companies)

A massive planned residential complex that includes some income-restricted units is under construction in Sunnyside.

Golden-based Confluence Cos. held a groundbreaking ceremony Wednesday for Zia Sunnyside, which will bring 434 residential units to the neighborhood. “Zia” means sun in multiple languages.

The $123 million project comprises the block bordered by Inca and Jason streets to the east and west, and 40th and 41st avenues to the south and north. The 2.3-acre site is next to a pedestrian bridge to the 41st and Fox commuter rail station. 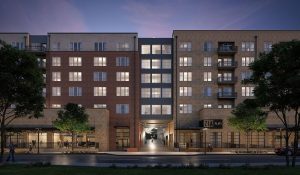 Sixty-six of the apartments will be reserved for those making 80 percent or less of the average median income. (Courtesy of Confluence Companies)

The residential units will be a mix: 314 apartments and 120 condominiums.

Sixty-six of the apartments will be reserved for those making 80 percent or less of the average median income, according to Confluence. And 25 of the condos will be restricted to those earning between 80 and 95 percent of AMI.

Confluence expects to start delivering the for-sale units in spring 2020.

The six-to-eight-story development also will include 8,500 square feet of retail space, and two levels of below-grade parking. 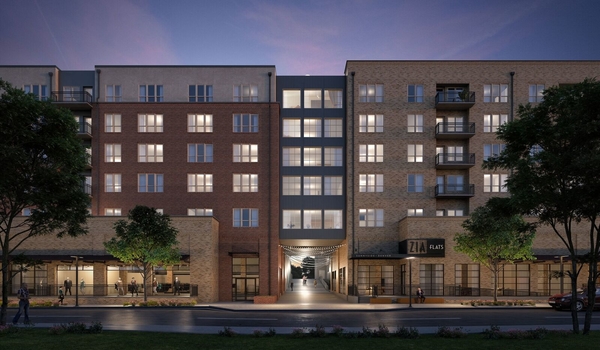 A rendering of the Zia Sunnyside project. (Courtesy of Confluence Companies)

The $123 million development by Golden-based Confluence Cos. includes some income-restricted units, and a mix of apartments and condos.