David Perez is retiring as president and chief executive officer of Terumo BCT, after 20 years with the firm. Antoinette Gawin will take over the positions.

Amanda Klein has been promoted to studio director.

Angela Harness has been promoted to senior interior designer.

Cassandra Covotsos has joined Michael Koch as a partner in Koch | Covotsos Architects.

Damon Balcerak is senior project manager. He had been with Martines Palmeiro Construction.

Gary Phillips is senior estimator. He had been with Taylor Kohrs.

John Quade, Kevin Skelly and Scott Willms are superintendents. Quade had been with Alvarado Construction. Willms had been with Brinkmann Constructors.

John Rocha is a project manager. He had been with the The Weitz Co. and is a graduate of the U.S. Military Academy at West Point.

Dave Kuntz has been promoted to director of operations. He is a graduate of Bradley University.

Greg Panza is a senior project manager for the water business and site manager. He is a graduate of Ohio University in Athens.

Ryan Littleton is a project manager in the land development business line. He is a graduate of the Colorado School of Mines.

Iris Foster has been promoted to vice president of project management at Cresa. She has degrees from University of Colorado and the University of Denver. 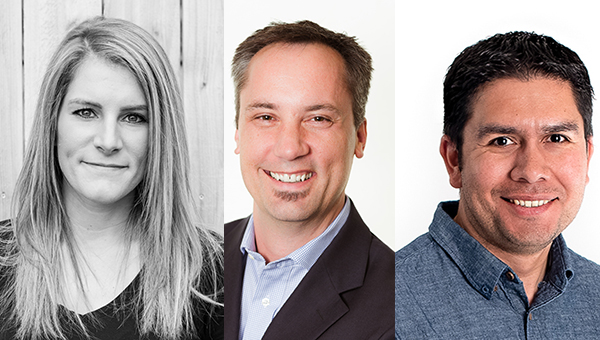