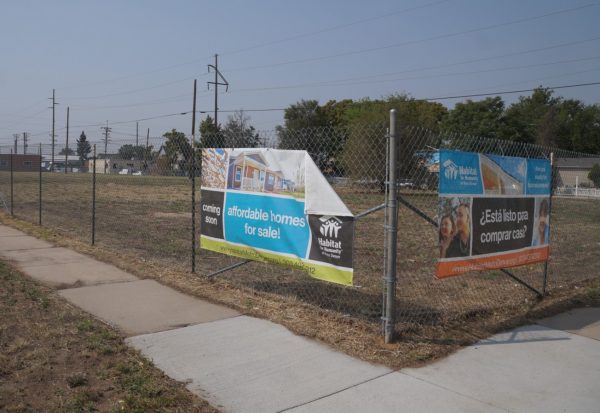 Habitat for Humanity of Metro Denver purchased the undeveloped block at 43rd Avenue and Elizabeth Street earlier this month for $1.75 million. (Thomas Gounley)

Habitat for Humanity has purchased an undeveloped block in the Elyria Swansea neighborhood and plans to build 32 homes.

The nonprofit purchased the block between 43rd and 44th avenues and Elizabeth and Columbine streets earlier this month for $1.75 million, according to county records. The Denver Housing Authority sold the 1.27-acre property. 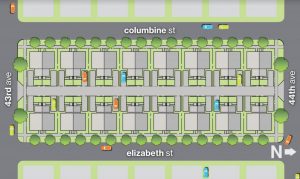 Robyn Burns, communications director for Habitat for Humanity of Metro Denver, said in an email that infrastructure work at the site will begin later this year. Construction is expected to begin in early 2019, with the first homes being sold by late summer.

The 32 homes, divided into 16 duplexes, will be a mix of three- and four-bedroom layouts, Burns said.

Habitat for Humanity builds homes with the assistance of volunteers, and sells the homes to families earning up to 80 percent of the area median income. The homeowners invest at least 200 hours in sweat equity prior to closing. Monthly mortgage payments are capped at 30 percent of the homeowner’s gross monthly income. 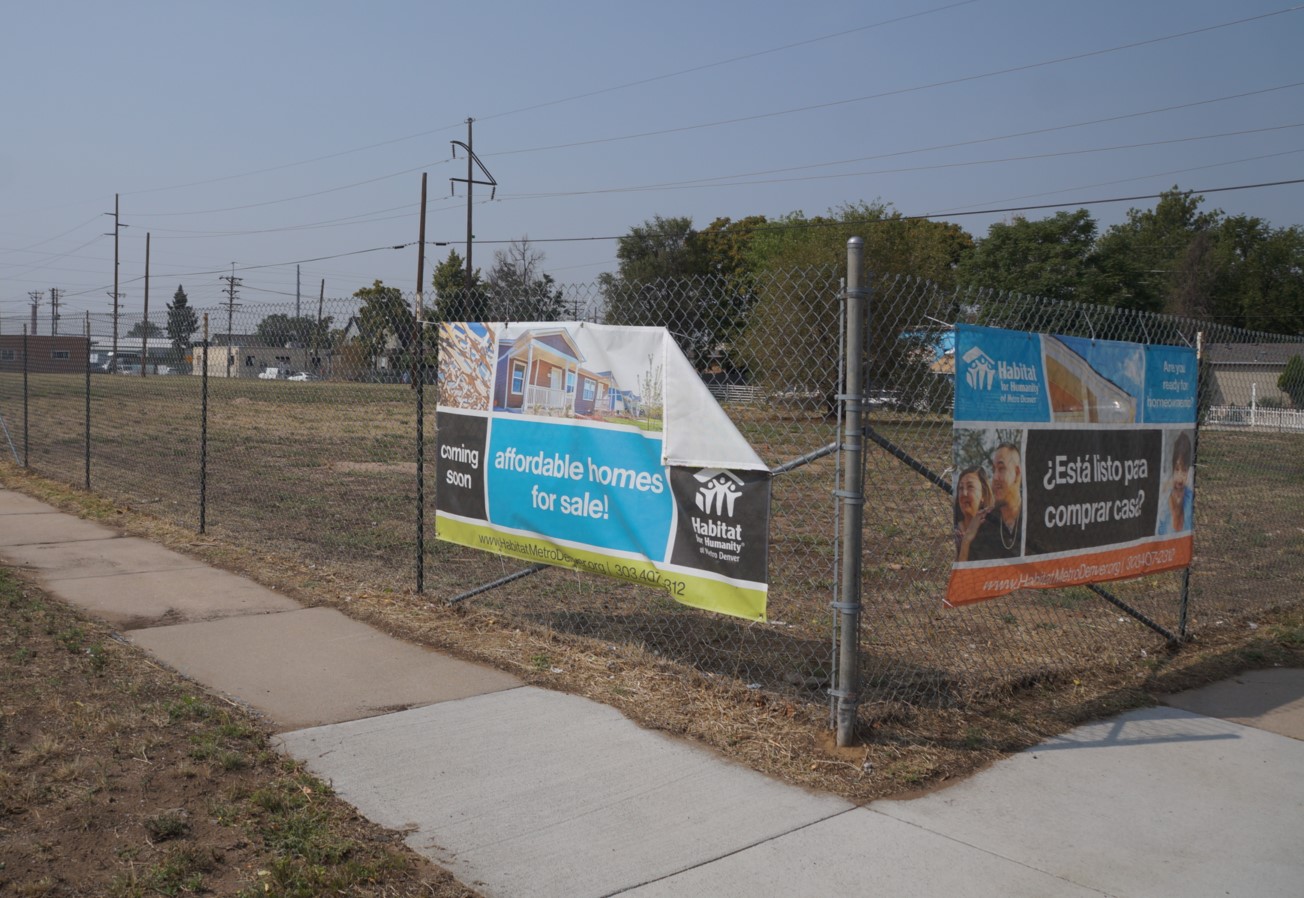 Habitat for Humanity of Metro Denver purchased the undeveloped block at 43rd Avenue and Elizabeth Street earlier this month for $1.75 million. (Thomas Gounley)