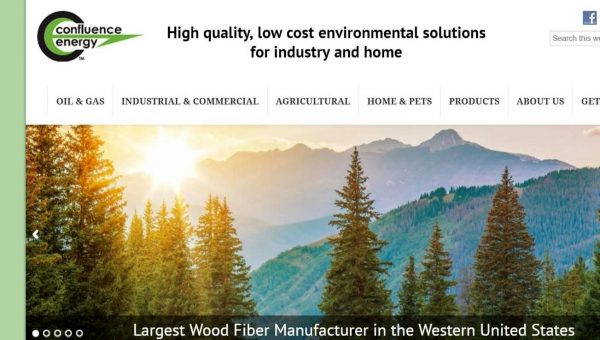 A Colorado-based company that says it is the largest wood pellet manufacturer in the western United States has filed for Chapter 11 bankruptcy.

Confluence Energy LLC, which is based in Kremmling in Grand County, said in a Tuesday filing that it owes $14.95 million to between 100 and 199 creditors. The company listed assets of $11.2 million.

Mathis and Garber did not respond to separate requests for comment.

According to Confluence’s website, Mathis founded the company in 2008 after going to a local store to buy pellets for his wood stove, only to learn there was a nationwide shortage. The company says its Kremmling plant is the biggest pellet plant west of the Mississippi.

According to a 2013 Denver Post story, Confluence faced headwinds around 2010, as lower oil prices reduced the demand for pellets. Mathis cut staff, from 34 to eight, and fended off an investor’s attempt to force him into Chapter 11 bankruptcy.

The company rebounded, in large part by branching beyond pellets. Confluence’s website says its product lines now include pet bedding, cat litter, agricultural enhancements, and a number of products used by the oil and gas industry. In 2013, the company acquired a competitor, Walden-based Rocky Mountain Pellets.

In a January profile published by CompanyWeek, a regional manufacturing trade publication, Mathis is quoted saying the company “grew 500 percent between 2010 and 2014,” and then “we had to reinvent ourselves again” when the price of oil plummeted again in 2014.

CompanyWeek also reported that Confluence Energy, described as having 25 employees, is building a plant in California.

Kremmling-based Confluence Energy says it owes $14.95 million and has assets of $11.2 million.