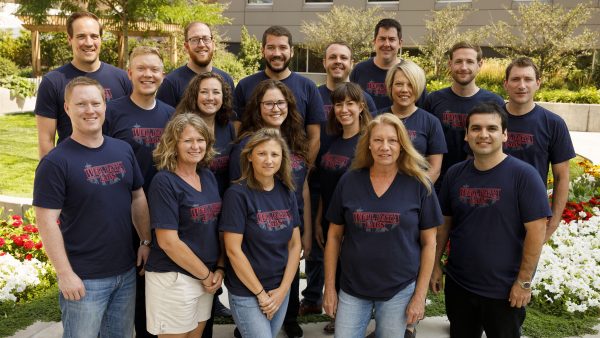 An oil and gas technology firm is quadrupling its space in a downtown office building, a year after moving in.

The company plans to move in October from 2,500 square feet on the building’s sixth floor, where it moved in August 2017.

Well Data Labs had eight employees then and has 21 now. Lisa Herman, the company’s director of operations and finance, said the company knew its current office wouldn’t be big enough for long, but that the focus was on keeping the business lean.

“It allowed us to save a substantial amount of our investors’ capital,” she said.

The company — which is hiring petroleum engineers, account managers and product developers — expects to have a headcount of 30 by year-end and 60 by the end of 2019. The new office is designed to fit about 100.

Churlik began working in the oil and gas industry in 2005, and started Well Data Labs in 2014 with co-founder and Chief Technology Officer Rudy Lacovara. Churlik said the company has benefited from downtown Denver’s oil-and-gas cluster, which has meant “we could walk down the street to get product feedback.”

“We did not have to leave Denver for two years … 2016 was the first time we went and talked to a company in Houston,” he said.

“Software as a service in oil and gas is a relatively new phenomenon,” Churlik said.

About 18 percent of wells reported to FracFocus, a registry with data on much of the industry, has been analyzed by Well Data Labs’ software. Churlik said seen revenue growth of about 300 percent annually in recent years.

Well Data Labs has doubled its workforce in one year and plans more hires, so it’s moving into an 11,000-square-foot space.