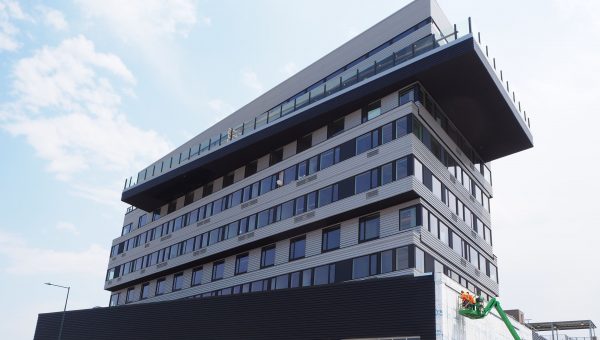 After more than two years of delay, RiNo’s Source Hotel will fully open by the end of the month. But now one of the project’s designers is suing its developer for just under $1 million. (Photo by Brendan Pedersen)

An architecture firm says it’s owed nearly $1 million by the developer of RiNo’s Source Hotel, which is slated to open soon.

Gkkworks — a California-based firm that was acquired by CannonDesign earlier this year — filed a lawsuit last week in Denver District Court against 3330 Brighton Blvd LLC, the entity that owns Zeppelin Development’s Source Hotel.

Gkkworks is suing for two separate payments: one for $424,395 it claims is outstanding from the original terms of its agreement, and a second for at least $503,240 “as a result of material changes in the scope and duration of the project to be proven at trial.”

Zeppelin Development did not respond to requests for comment regarding the lawsuit.

Source Hotel will start hosting guests overnight on Sept. 1, according to a Zeppelin representative. The building’s market hall and restaurants will open Aug. 18.

According to the lawsuit, Gkkworks agreed to help design the Source Hotel in January 2015. At the time, construction was expected to be “substantially complete” during the summer of 2016, the lawsuit says. However, construction stretched through 2017 and into this year.

According to Gkkworks’ lawsuit, the firm’s contract provided that if the Source Hotel project extended past July 2017, the architectural firm would be “entitled to bill all of its services on the project on an hourly time and material basis going forward.”

But after seven months of hourly billing, Gkkworks terminated its agreement with Zeppelin in February 2018 for the developer’s “failure to make payments and to compensate Gkkworks in according with the agreement,” according to the lawsuit.

L. Tyrone Holt, Jacob Gudenkauf and Michael Cowan with Denver’s The Holt Group are representing Gkkworks in the lawsuit. The firm did not respond to a request for comment, and Gkkworks declined to comment on the filing.

Gkkworks wasn’t the only architecture firm involved with the Source Hotel. The site plan the city approved for the project bears the logos of Gkkworks and Dynia Architects. 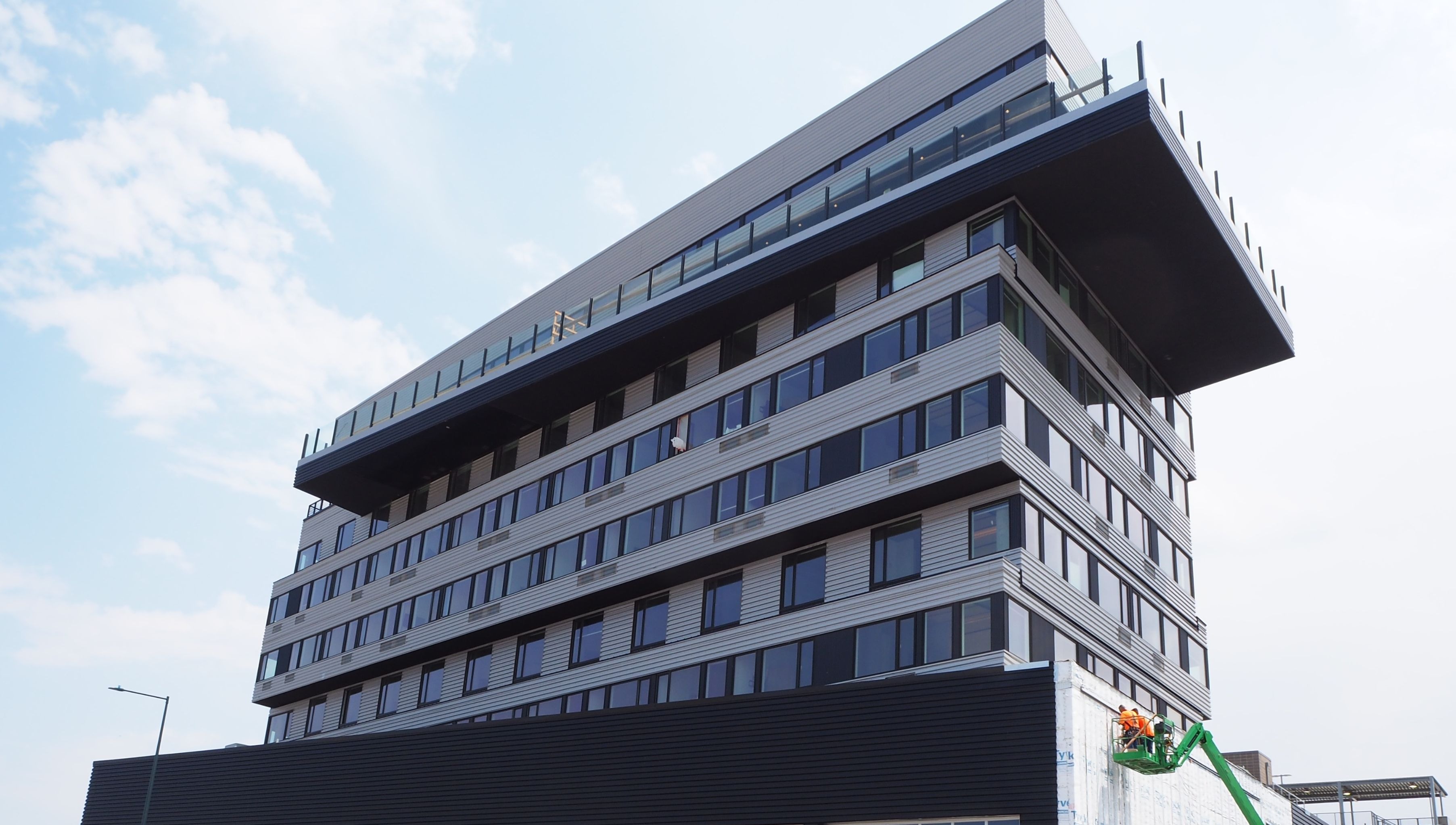 After more than two years of delay, RiNo’s Source Hotel will fully open by the end of the month. But now one of the project’s designers is suing its developer for just under $1 million. (Photo by Brendan Pedersen)

Gkkworks filed a lawsuit against an entity associated with Zeppelin Development last week.