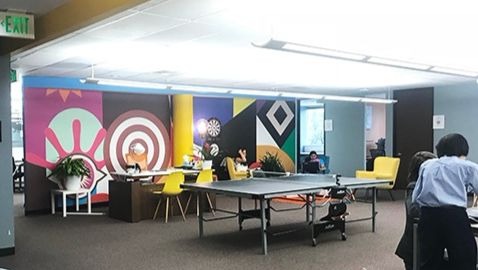 A Centennial landlord is seeking a new tenant for space currently used by a coworking company whose CEO resigned in late May following allegations of sexual assault.

Innovation Pavilion’s office at 9200 E. Mineral Ave. in Centennial has been on the market for a new tenant since June, according to a CoStar listing and to brokers familiar with the building.

Innovation Pavilion, which occupies the first floor of the building and charges its coworking tenants between $100 and $850 a month, was open for business on Friday.

The building is owned by an entity affiliated with Northstar Commercial Partners, which purchased it in 2013 for $5 million. Northstar CEO Brian Watson said in an emailed statement to BusinessDen that he wanted to post the space because of recent news about the company’s troubles.

“If IP should vacate the space due to the recent change in leadership of the company, we will need to backfill the space with another tenant(s),” Watson said. “In the meantime, we wish the new leadership of IP great success, and hope they will be able to continue with their business model.”

Watson declined to comment on whether IP has missed rent payments.

Innovation Pavilion CEO Vic Ahmed was accused in late May of sexually assaulting female employees. Ahmed, who did not respond to requests for comment for this story, denied the claims but resigned two days later. 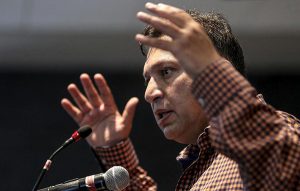 Kitty Kolding was named interim CEO after Ahmed stepped down. Last week, IP announced she has taken over the position permanently.

Kolding did not return several calls seeking comment last week, and declined to meet with a BusinessDen reporter at her office on Friday.

Meanwhile, Kerianne Leffew, who became president at the end of May, left the company in June, according to her LinkedIn profile.

Unsure about the longevity of coworking tenant Innovation Pavilion, a Centennial landlord has started marketing the 20,000-square-foot space for lease.