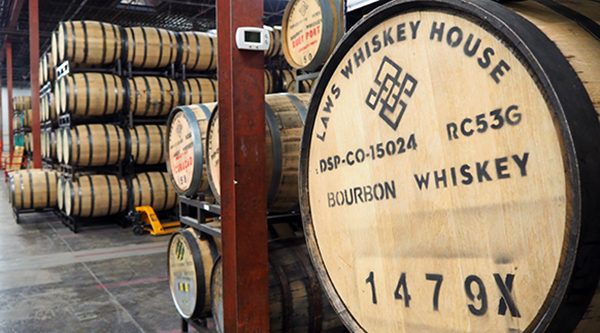 Law’s Whiskey has received a seven-figure investment and plans to build its presence in the Overland neighborhood.  (Photo: Brendan Pedersen)

A Denver whiskey distillery has netted a seven-figure investment from a Los Angeles-based private equity firm, with plans to use the funds to expand its presence in the Overland neighborhood.

Law’s Whiskey founder Alan Law said his company received an infusion in June from First Beverage Group, which invests in companies in the beverage industry.

“They don’t make a lot of bets,” said Law, who declined to disclose the specific amount of investment.

Seven years after launching and four years after selling his first bottle, Law plans to build a new two-story tasting room and educational facility on his lot at 1420 S. Acoma St.

Law expects the project, designed by ICC Engineering, to be complete some time in 2019, possibly as soon as January. He’s tapped Turn Key General Contractors to manage the project. 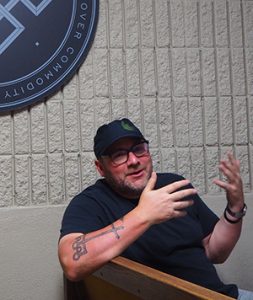 Law’s Whiskey, which has 22 employees, has two properties in the Overland neighborhood: the company’s original 18,000-square-foot distillery and tasting room complex on Acoma Street, and a 31,000-square-foot, 10,000-barrel storage facility a few minutes away at 1325 S. Cherokee St.

Law said the distillery produces 15 barrels of whiskey a week. The finished product costs around $65 each. With the influx of capital, he said production will jump up to 12 barrels a day within two years.

Formerly an oil analyst on Wall Street, Law said he spent $4 million of his own money in the distillery’s first three years of production to keep it up and running. His whiskey is now available in over 1,000 locations in Colorado and seven other states.

Inside his distillery on Acoma Street, a wall overlooking a row of metal vats is painted with his mantra: “THERE ARE NO SHORTCUTS.”

“We focus on doing it right, sticking to our playbook,” Law said of his company’s growth. “We wanted smart partners, and we’ve found them.”

Law’s Whiskey has received a seven-figure investment and plans to build its presence in the Overland neighborhood.  (Photo: Brendan Pedersen)