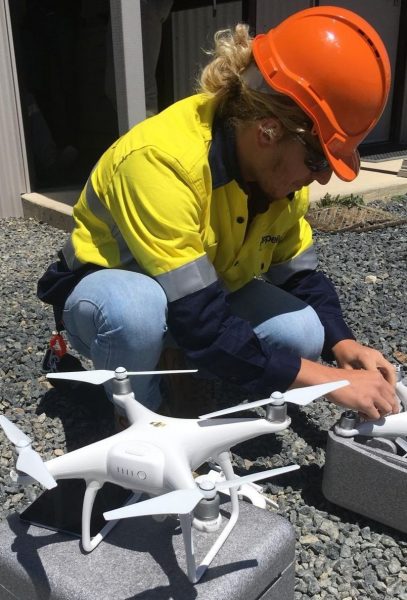 After hovering into Denver last year, a drone company from Australia has circled into a bigger office in RiNo.

“We had too many people for the space,” said James Omdahl, director of marketing. “We needed things like doors and walls and conference rooms. It was time to make a move.”

Propeller employs 12 people in Denver and 40 people in Sydney. The startup closed a $10 million

round of funding in June.

“I think in the next year or so, overall we’re looking to grow to between 80 or 90,” Omdahl said, adding that Denver’s workforce will double to 25 people and that the office primarily would handle sales and customer support.

Francis Vierboom and Rory San Miguel founded Propeller in 2014 as a drone and data company for mining, construction and waste-management companies. Now, the company has created software and hardware for businesses using drones to estimate materials and assets on a site in 3D.

Propeller helps companies set up and fly a drone, then stitch together the photos it shoots into a 3D model to show customers how deep a hole has been dug, how much dirt is in a pile or the various gradients of a surface.

“It’s just helped them be more accurate in what they measure and what they do,” Omdahl said. “We get a lot of people feeling more comfortable with the measurements. It’s really hard to measure a giant pile of rocks at your feet.”

In addition, the company produces AeroPoints, a hardware square plate that surveyors lay down on a site that collects data points from the drone.

“We’re the only people out there selling the AeroPoint technology,” Omdahl said. Other drone software companies include Kespry, Airware and Skycatch, all based in San Francisco. 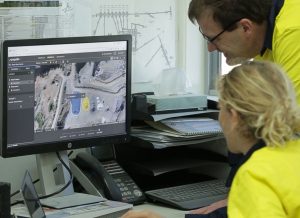 “What they were really looking for was a vibe that closely fit Sydney,” Omdahl said. “We have a really good partner here in Denver, Trimble, so it was good to be close to them.”

Propeller charges customers for every survey the company processes, or a company pays $25,000 per year for an unlimited plan. Propeller does not make or provide drones for its customers.

Omdahl said Propeller is not profitable yet and declined to disclose 2017 revenue. 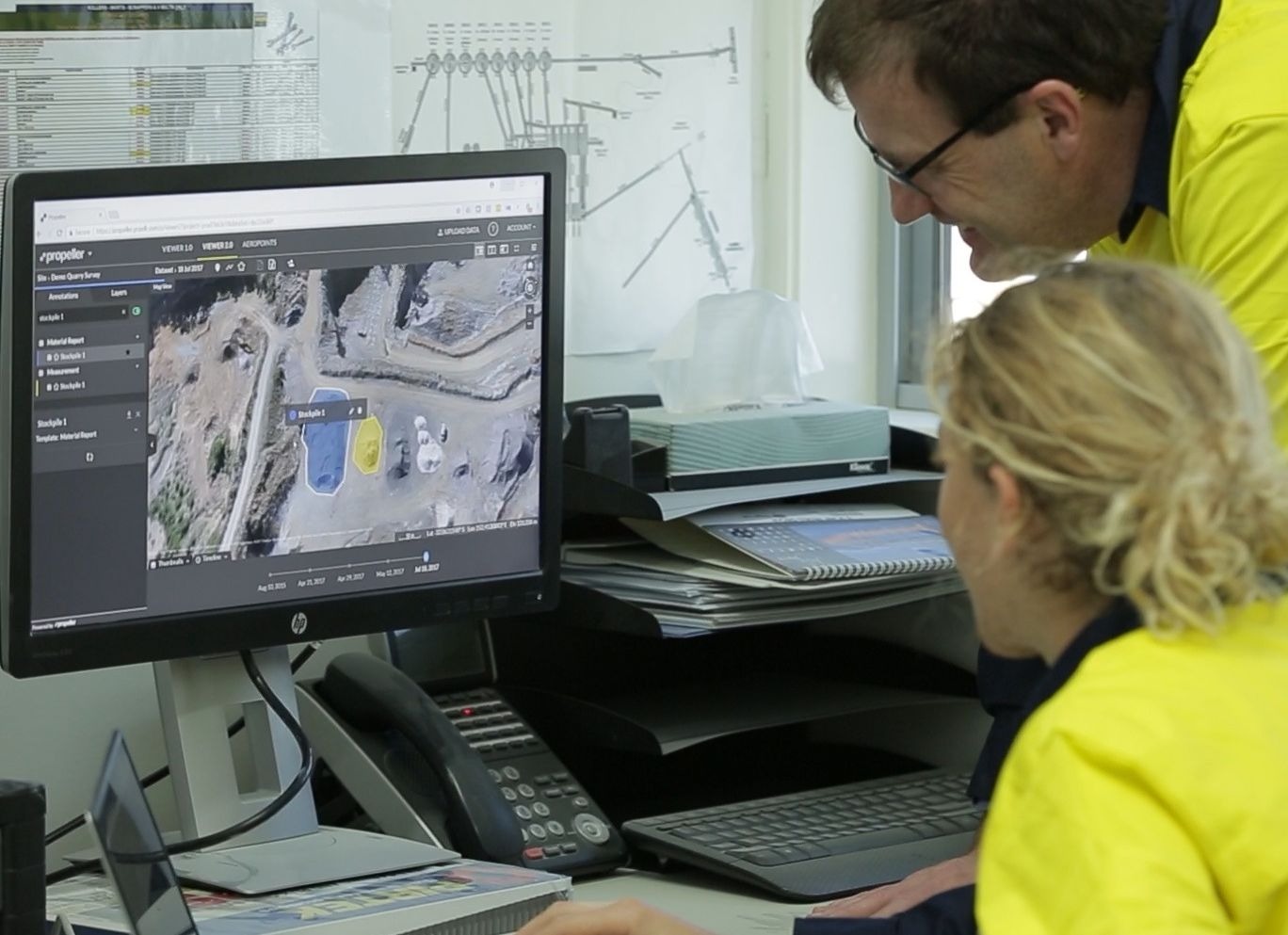 Sydney-based Propeller Aero looked at other cities, then decided to bring headquarters to the Mile High City.