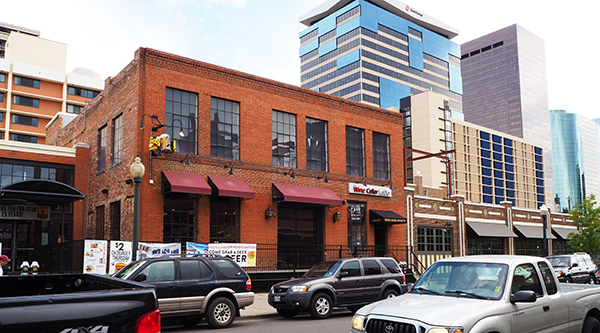 The building in LoDo that housed the cast of “The Real World” during the MTV reality show’s Denver season has a new owner.

MTV filmed at the property for four months in 2006, and the resulting season — the show’s 18th — premiered that November. There were 28 episodes.

The property has been home to Brothers Bar and Grill since 2010. The Wine Cellar LoDo and interior design firm Gallun Snow also operate in the space.

Great Western Bank provided financing for the deal. Daniel Huml, managing principal of Magnetic Capital, signed the loan documents for the LLC. Huml did not respond to requests for comment.

The property was home to B-52 Billiards until early 2006. That March, the property was purchased for $2.7 million by 1920 Market St LLC, according to records.

A fan website says the entity was a holding company for MTV and production company Bunim/Murray Productions, and that it was the first time a property was purchased for the filming of the show.

Seven cast members, ranging in age from 22 to 24, lived at the property during filming.

In December 2006, filming having completed, the property was sold to Alexander Group LLC for $3.3 million. Ownership was transferred to 1920 Market LLC in August 2009.

After The Real World left, the property was converted back into commercial space. Restaurant and wine bar Theorie operated at the property prior to Brothers Bar and Grill.

The MTV reality show filmed at 1920 Market St. in 2006. The location is now home to a restaurant, wine retailer and interior design firm.