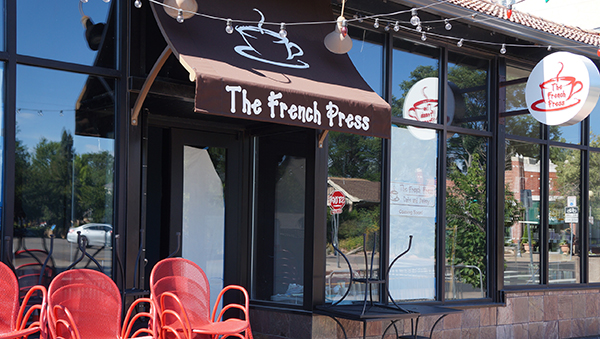 A cafe with locations in three Denver suburbs is venturing into the big city.

The French Press expects to open later this summer at 3504 E. 12th Ave. in Congress Park.

It will be the fourth restaurant for the brand, which operates in Aurora, Lakewood and Greenwood Village.

The three existing locations are open for breakfast and lunch, closing at 3 p.m. Menu items include a variety of sandwiches and salads, as well as variations on Eggs Benedict and breakfast staples such as pancakes and French toast.

The French Press is moving into the space previously home to Under the Umbrella Cafe and Bakery, which is moving to a new spot just across 12th Avenue.

Under the Umbrella owner Jyll Tuggle said on the restaurant’s Facebook page this year that the move was prompted by the fact that “our lease was up, the old space needed a lot of work, we needed a bigger kitchen and we did not want to leave the neighborhood.”

The French Press plans to open in the former Under the Umbrella, which is moving across the street.