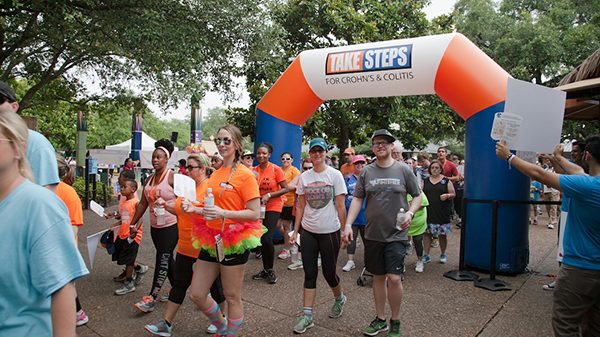 Like most nonprofits, the Crohn’s & Colitis Foundation’s most important source of revenue comes from their charitable athletic events. The Take Steps walkathon’s fundraising peaked in 2013 and fell short of expectations last month.

Charity running and the millions of dollars it brings to local and national nonprofits is hitting the wall.

Fun runs and walkathons emerged in the late 1980s and became an important fundraising method for charitable nonprofits across the country. But a half-dozen leaders of local nonprofits all say that category is not the cash cow it once was.

“Both locally and nationally, it’s the largest fundraising mechanism,” said Scott Dishong, executive director of the American Cancer Society’s Mountain States chapter. “It’s hard to imagine spending millions on research at the University of Colorado or paying for thousands of patient rides to treatment centers without it.”

But the fundraising field is getting more crowded every year, and the competition can be stifling for nonprofits. In Denver, it’s increasingly difficult to keep up attendance figures for events that have been city staples for decades. 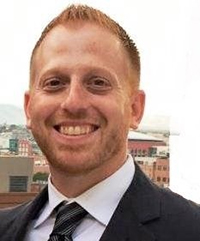 “There’s been an enormous influx of runs,” Stern said. “It’s been difficult to compete since there are so many.”

“Denver is one of the top locations for nonprofits in close proximity,” he said. “Literally, think about a disease, Google it, and there’s a walk for it.”

The popularity of running and other athletic events in the United States has grown a lot in 20 years. According to Running USA, the number of race finishers nationwide ballooned from 5 million to 19 million between 1990 and 2013.

Nonprofits were smart to grab a piece of the action.

Shannon Koch, founder and CEO of Done and Done Events LLC, worked as a consultant in nonprofit event planning for eight years before establishing her own company in 2017.

“Thirty years ago, any nonprofit could start a 5K and it would be profitable,” Koch said. “Everyone was making money.”

“Stagnating, plateauing is a good thing,” she said.

And some events are holding steady. The fundraising revenues of the Children’s Hospital Colorado Foundation, known for its Courage Classic cycling event, peaked with $7.4 million raised statewide in 2013. But its fundraising event totals have remained steady for seven years, hovering between $6 million and $7 million since 2011.

But our national runner’s high might be wearing off. Since peaking in 2013, the number of run finishers has fallen every year. Last year, the figure dropped below 17 million for the first time since 2012.

As athlete enthusiasm has leveled off, however, the number of runs hasn’t. Though 2016 had 114,800 fewer runners than the year before, it gained at least 100 new races.

For nonprofits with annual revenue that depends on attracting event participants, the big gain in choices — sometimes as many as 15 to 20 events in a single fall weekend — has made it difficult for one cause to stand out from another. In just two years, special event permits on city property ballooned from 350 in 2012 to 650 in 2014, which led to a two-year partial moratorium on new event slots.

In 2015, The Denver Post partly attributed the surge in events to an “outsized share of 5K races.”

All those events diluted the field. And nonprofits’ haul waned.

The Colorado chapter of the Susan G. Komen Foundation reported $2.9 million from fundraising events in 2009 across the state. That figure has dropped by more than half to $1.2 million in 2016.

National Relay for Life events brought the American Cancer Society more than $400 million in 2010. That figure has tumbled since then to $273 million in 2016, a 32 percent drop.

The response by event planners and nonprofit executives has been to find a novelty, shut down or double down on the cause.

A handful of nonprofits have gone the novelty route, such as the Undy 5000 5K series from The Colon Cancer Alliance or The National MS Society’s mud runs. For the most part, however, the novelty space has been dominated by for-profit companies specializing in color runs, Spartan runs, zombie runs, mud runs – even the occasional zombie mud run.

“Clutter came first, then the novelty runs came in,” said Lisa Johnson, executive director of Girls on the Run Rockies. “Now the question for everyone is: How can I be a little bit different?”

Then there’s shutting down charitable runs and walkathons altogether. Even when attendance is good and revenue strong, these events can be resource- and capital-intensive, leaving net profit margins razor thin.

Koch said on average, two of her clients close their charitable athletic events every year. “What we’re seeing is that it’s just not always sustainable,” she said.

But some organizations are making it work, sometimes by looking at benefits other than the donations that used to pour in.

Stern said the Crohn’s and Colitis Foundation’s events now “incorporate mission into everything.” The low profile of Crohn’s disease means it may not have the widest appeal to potential participants. So though the foundation still seeks to make money from the run, it has made that a lesser priority than educating people about the disease and creating awareness.

“If we don’t emphasize what we do, why we do it, we’re failing our constituents,” Stern said.

For the Mountain States chapter of Relay for Life, Dishong said his organization was shifting away from assuming charitable runs were the best approach for every city around the country.

“We’re putting the emphasis on volunteers to ask what’s right for their communities,” Dishong said. “We still have a lot of great participation, but some communities have said the runs don’t work for them anymore.”

Koch said that it sometimes was impossible to know what strategies would work for one group and not for another, but the emotional connection is one deciding factor.

“Groups that work well make it personal,” Koch said. “Everyone has a cause, so it’s creating a community that people feel is inclusive.”

Like most nonprofits, the Crohn’s & Colitis Foundation’s most important source of revenue comes from their charitable athletic events. The Take Steps walkathon’s fundraising peaked in 2013 and fell short of expectations last month.

“Denver is one of the top locations for nonprofits in close proximity,” said one nonprofit exec. “Literally, think about a disease, Google it, and there’s a walk for it.”