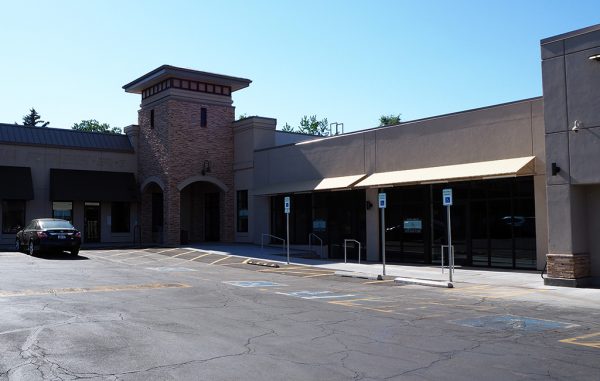 Colorado natives and sisters Daphna Kapnik and Yael Brandt are moving their swim school from a hotel pool into a building of their own in Virginia Village.

The property most recently was used as storage by the Ace Hardware store still located next door. Little Kickers, which has been doing lessons in the Cherry Creek Holiday Inn, will build a pool in the space.

Little Kickers co-owner Kapnik said the L-shaped pool will range from 3 to 4 feet in depth and measure 60 feet long, for a total of roughly 1,700 square feet. The pool will take up just under half the leased space, with the rest set aside for locker rooms, showers and equipment storage.

Kapnik wouldn’t disclose how much the organization planned to invest in the space. “I can tell you it’s expensive,” she said, adding the pool alone will cost about $300,000 to build.

The swim school first launched in 2014, and Kapnik said its 20 instructors now see around 900 swimmers every week, mostly through one-on-one lessons.

“Private lessons create a relationship with the families we’re teaching,” she said. “It’s a bit like they’re family.”

In a space of their own, Kapnik said Little Kickers could accommodate as many as 2,000 swimmers per week.

The kids the company teaches are typically between ages 2 and 6, although some are as young as 5 months. Kapnik said many swim schools don’t start teaching kids until they’re at least 3 years old.

The jump to Virginia Village is a bet on the neighborhood’s burgeoning reputation as a go-to place for family living in Denver. It also coincides with a strategic shift for retail centers nationwide looking for refuge as e-commerce takes over a bigger chunk of the market.

John Livaditis, a broker who runs Axio Commercial Real Estate and worked on the deal, said the move is part of an emerging trend, as centers look for tenants offering experiences that can’t be replicated on the internet.

He said the neighborhood is bursting with family interest. Located minutes away from the Little Kickers’ upcoming property, both the Montessori School of Denver and the Virginia Vale Swim Club currently have waiting lists that stretch months.

“There’s plenty of kiddos in Denver,” Kapnik said of the competition.

Little Kickers Swim School picked up a 10-year lease in Virginia Village, where it plans to dig a new pool and expand its operation.