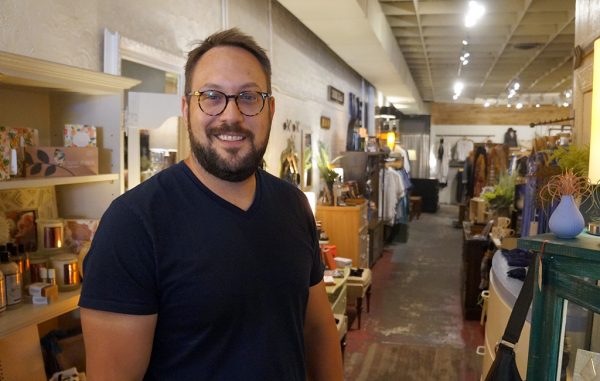 The owner of a retail shop on South Broadway plans to open a coffee shop in Uptown.

Yarne, 41, said he signed a lease last October for the space, which previously was home to a Dazbog Coffee. He hopes to open in late September.

“I’m just looking to create a place where people can connect,” Yarne said, explaining both his goal and the name.

Yarne said he purchased Decade — which stocks a wide range of vintage and local products, from clothing to furniture and home accessories — in May 2015. He also owns Arriesgado Clothing Co., which has had a store in Vail since 2007 and in Keystone since 2013.

Yarne said he’s been interested in opening something that would combine a restaurant concept with a retail component.

A Decade employee lives by the 17th Avenue commercial space and thought it was a great location, Yarne said. He decided it wasn’t right for the retail-restaurant combination — in part because there’s a gift store on the same block — but opted to move forward with a standalone coffee concept.

While details are still being worked out, Yarne said Link Coffee, in addition to the usual mix of beverages, likely will offer pastries, flatbreads and charcuterie plates in the evening.

Yarne said he hopes to have a place where customers hold casual business meetings during the day, “but also bring in their young family for dessert in the evening.”

The location is just south of the Saint Joseph Hospital campus, at the edge of the Uptown and City Park West campuses.

Link Coffee will have plenty of competition. Denver Bicycle Cafe, Illegal Grounds Coffeehouse and The Corner Coffee Bakery are all within a quarter mile, and Dazbog Coffee has a location at Saint Joseph Hospital.

Denverite Cabal Yarne, who owns a pair of retail stores, is switching gears with a coffee concept he hopes to open in September.