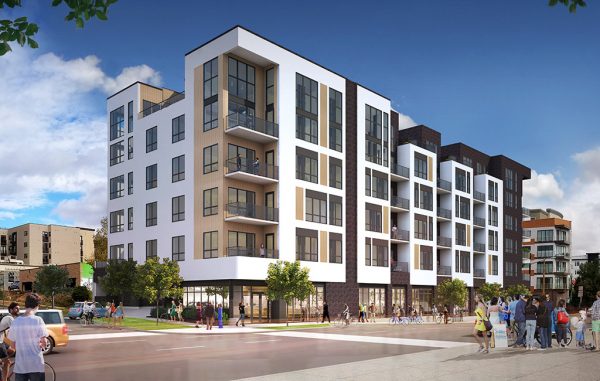 A developer broke ground Wednesday on a 44-unit condominium building in LoHi with plans to list the most expensive unit at $1.75 million.

Denver-based Alpine Investments is building the six-story structure at the corner of 17th and Central streets, overlooking Interstate 25 toward downtown. It is slated to be completed in July 2019.

The project is dubbed Edge LoHi, a change from earlier in the planning process, when it was branded Grandview LoHi.

Alpine Investments is led by Churchill Bunn, who is converting a shuttered private school along Federal Boulevard into office space and also planning to build a 10-story office building in the Golden Triangle.

“This project is my first break ground in Denver, so it’s really special,” said Bunn, who previously worked as senior director of development at California-based Irvine Co. 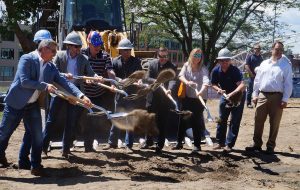 The building also will have 4,500 square feet of retail space on the ground floor. Cory Dulberg of NAI Shames Makovsky is leasing that space.

Bunn said two of the lots had homes on them, one of which had been vacant. The third parcel was an empty lot.

Alpine Investments plans to finish the building in 2019 and list the most expensive unit for $1.75 million.