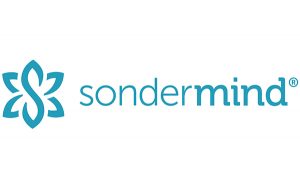 CEO Mark Frank said the funds will put the finishing touches on SonderMind’s software that matches patients with therapists based on scheduling, insurance and other preferences.

“It will be some further product development and some marketing,” Frank said. “We’re hiring to support these efforts, and we’re planning to begin expanding over the next six to 18 months to other markets both in Colorado and the rest of the country.”

Frank, a former Army officer and West Point grad, started working on SonderMind six years ago after being frustrated with how hard it was to find a counselor for himself, as well as watching his therapist sister’s difficulties in starting her business. So he designed software that allows patients to find and schedule their counselors.

Frank also started nine rental locations along the Front Range where counselors without offices can meet their clients, called SonderMind Wellness Centers. The separation came from many therapists needing physical space, but not the software for scheduling and other business services. Frank said other therapists needed the software services but not the space; few needed both.

“We thought it made sense to split the two,” he said.

Separate from the wellness centers, SonderMind employs nine people in a 2,000-square-foot office in LoDo near Union Station.

Frank said 600 therapists across the country use SonderMind’s free software application, while 300 use the core software app. SonderMind allows customers looking for counselors to search and be paired with them based on availability and area of focus.

“The average in the industry is anywhere from three to four weeks,” Frank said. “We’re able to connect someone with a therapist in less than an hour, and schedule someone within 24 hours.”

SonderMind doesn’t charge therapists to use his software. Instead, patients or insurance companies pay SonderMind for counseling sessions, and then he pays therapists between $45 and $68 per session.

“A challenge in the fundraising process was being in Colorado,” Frank said, adding that it was difficult finding capital in the Denver area. “Our three largest investors in the round came from Salt Lake City, Chicago and San Francisco. That tells you something.”

Frank plans to continue growing his team in the coming year.

“We’ve already made two hires since closing the round,” he said. “We’d probably be making five to seven hires in the next six to nine months. We’ve got needs on the product-development side, and on the marketing and communications side.”

A Denver-based mental health startup plans to use the capital to improve software that matches patients with therapists based on scheduling, insurance and other preferences.