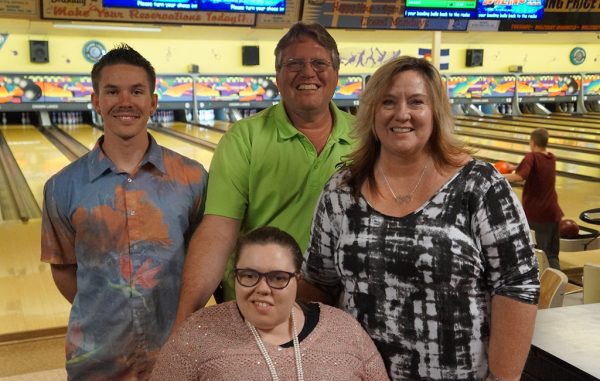 The new owners of a 24-lane southwest Denver bowling alley are, unsurprisingly, bowlers themselves.

But it was the condition of daughter Shanna, 24, that clinched the Falzgrafs’ seven-figure purchase of Crown Lanes Bowling Center & Sports Bar at 2325 S. Federal Blvd.

Shanna, who uses a wheelchair, had a malignant brain tumor as a child. At age 5, KC Falzgraf said, she was given three months to live, and went on a Make-A-Wish trip.

The Falzgrafs have owned a lawn care company, KC’s Services, for 35 years, and plan to continue operating it. But KC Falzgraf said that, for years, he’s talked about buying a business that would let him provide jobs to adults with special needs.

Shanna, he said, has benefitted from working with Stepping Stone Support Center of Littleton, a “prevocational training center” for those with developmental disabilities.

“It takes a real passion to work with them,” KC said.

The family, acting as Jackmos LLC, paid $1.6 million for the Crown Lanes property, a 20,200-square foot building on 2.8 acres, according to county records. KC Falzgraf said that transaction included the business’ assets as well. 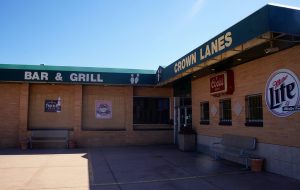 Originally, KC said, he thought about buying a restaurant. Then Jake began working at a bowling alley and mentioned that as an option, given that it also served food.

The couple looked at bowling alleys, three of them seriously. KC Falzgraf said Jake heard from a co-worker about eight months ago that Crown Lanes was on the market. The couple liked that they would be able to own the real estate; other available bowling alleys just leased their spaces.

They saw it as a business their son could grow into and one with a variety of jobs, which would allow them to hire individuals with varying disabilities.

Crown Lanes has operated since the late 1950s, according to Colorado Heritage Magazine. The Falzgrafs are the first new owners of Crown Lanes in two decades. The previous owner — Norbom Investments Inc., formed by Arthur Norbom of Lakewood — paid $470,000 for the property in July 1998.

Blake Kahlich and Ray Rosado of Cushman & Wakefield represented the seller in the latest transaction. Collegiate Peaks Bank provided financing for the purchase. The couple also received an SBA loan.

KC Falzgraf said Crown Lanes was profitable last year, and he sees the business as reliable, in part because other bowling alleys have closed in recent years, reducing the competition.

The Falzgrafs’ first priority is to make the building more handicap-accessible, adding a ramp so wheelchair users can get to the lanes. Food changes also are planned.

Crown Lanes has a snack bar and a sports bar. The bar has a full kitchen used only on weekends, when three games of bowling and breakfast are offered for $14. Jackie Falzgraf said the goal is to operate the kitchen throughout the week, and “make the restaurant its own destination.”

The 24-lane facility’s new owners hope to include employees with special needs in their workforce.