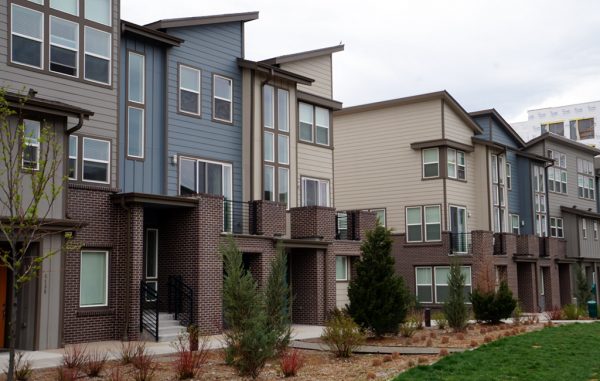 A 3-year-old complex consisting of for-rent townhomes on the northern edge of Platt Park is under new ownership.

RedPeak bought the 60-unit complex from developers Pando Holdings and Chris Firman of CF Investments, who finished construction in 2015. It was an off-market transaction; no brokers were involved.

The complex has been renamed RedPeak Platt Park Townhomes.

The complex consists of 10 buildings, each with six units. Six of the buildings are along Mississippi Avenue; the remaining four are on the block between Lincoln and Sherman streets, with a half-acre of open space between them.

Hutchinson said the complex has 40 three-bedroom units and 20 two-bedroom units. All the units have garages. RedPeak’s website shows five units as available, the cheapest of which is a 1,070-square-foot, two-bedroom townhome renting for $2,390 per month.

The acquisition is RedPeak’s second of 2018. In February, it paid $46.25 million for the 269-unit apartment complex at 3700 E. Jewell Ave., which has since been renamed RedPeak Colorado Station.

The company now owns 2,608 residential units in the Denver area.

A 3-year-old development with 60 townhomes on the neighborhood's northern edge is under new ownership.