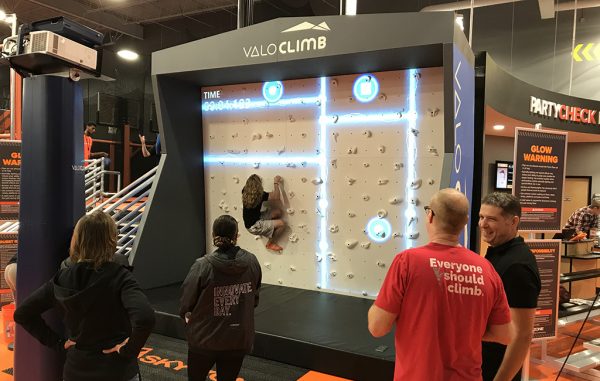 The new owner of a Boulder-based climbing wall manufacturer is setting a new route.

Kevin Volz, who has been the CEO of Eldorado Climbing Walls since 2015, purchased the 24-year-old company two months ago. And now he is branching away from the traditional commercial climbing gyms to diversify his customer base.

“My predecessor was really pursuing the commercial climbing gym market,” he said. “That was a little off-base when it comes to the margins of the products and the resources.”

Volz is starting to sell to more universities for their rec centers, ski resorts, apartment complexes and homeowners who want their very own climbing wall.

An in-house climbing panel installation from Eldorado costs $200, while custom projects can soar as high as $5 million, the company said.

Eldorado is building a new wall for Snowmass Mountain and has built three projects for Vail Resorts. At the Limelight Hotel in Snowmass, Eldorado is also building a glass-encased, 53-foot-tall climbing wall that will be done in two weeks.

“We’re just starting to see climbing to become one of those activities as part of their suite of activities to get folks (there) in the summertime,” Volz said.

Another new Eldorado project is the prototype for the ValoClimb, an augmented climbing wall that projects video graphics onto the wall and turns the wall into a touch screen video game for the climber. Eldorado completed the prototype of the wall last week, while Finland-based Valo Motion is making the software. The system costs approximately $30,000, Volz said.

“It’s all these little things we’ve got our finger in the pot and they’re all growing,” Volz said. “The most dramatic thing we’ve seen in the past year are the trampoline parks. It seems as part of their suite of offerings they’ve embraced climbing.”

Eldorado Climbing Walls has been manufacturing climbing walls in Boulder since 1994 and employs 45 people. The company’s headquarters are in 5,000 square feet at 1835 18th St., with an additional 5,000 square feet in Gunbarrel.

Other climbing wall builders include Bulgaria-based Walltopia, Oregon-based Entre-Prises USA and Maryland-based Rockwerx. Eldorado designs and builds the steel, wood and concrete climbing walls in Boulder, then assembles them onsite. The company designs the holds, and Louisville-based Aragon Elastomers makes them. 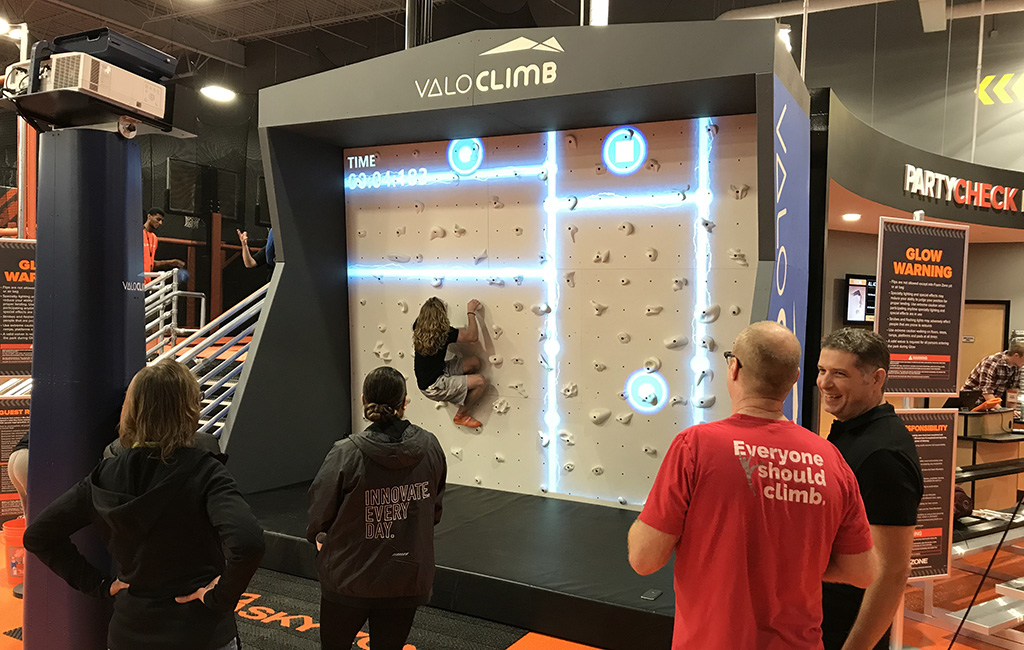 The new owner is setting a new route for the company as it looks to focus on smaller projects at universities and homes.