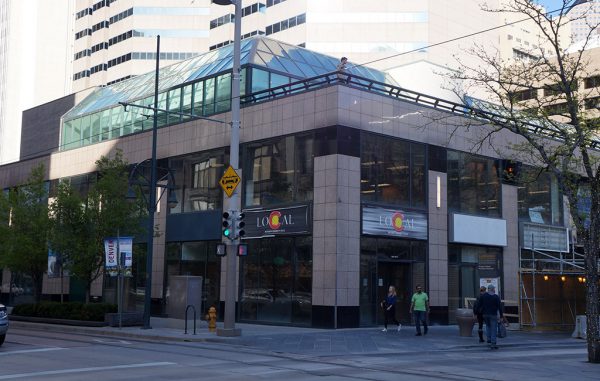 Giordano’s will open in the California Mall building at 1600 California St. (Thomas Gounley)

Todd Winston, managing member of franchisee 3G3 LoDo, said the goal is to open this summer.

“It’s close to the convention center, close to the performing arts center, and plus we do a very robust catering and event business, so it’s great to be along all the office buildings on 17th Street,” Winston said.

Winston said his company hopes to open additional locations in Denver and elsewhere in Colorado in the future.

Founded in 1974, Giordano’s has locations in Arizona, Florida, Illinois, Indiana, Michigan, Minnesota, Nevada and Ohio, according to its website.

Giordano’s will open in the California Mall building at 1600 California St. (Thomas Gounley)

A Chicago-based pizza company is joining several fast casual restaurants on the first floor of the California Mall building.