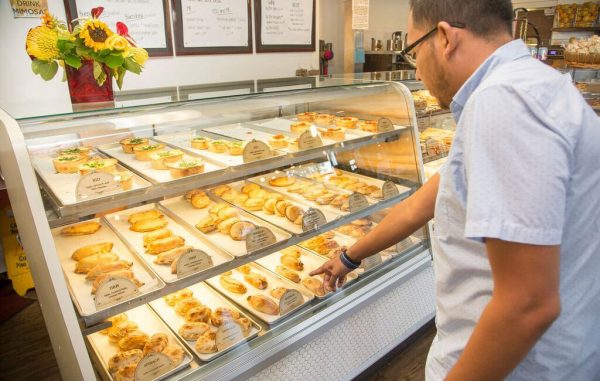 The empanada shop has three locations in the Denver area. (Maria Empanada)

One block of South Broadway is becoming Denver’s “Little Argentina.”

Maria Empanada, which started in 2010 and has three locations in Denver, leased 6,000 square feet for a commercial kitchen at 1229 S. Broadway, just across the street from its empanada shop at 1298 S. Broadway.

Daniel Cantarovici, chief development officer and husband to founder Lorena Cantarovici, said the company chose the location for its convenience to employees, who use public transportation passes it gives to them.

“We were looking for locations all around the city,” Daniel Cantarovici said. “While we could have found cheaper rent, we would have lost the convenience of transportation for our employees. It’s so hard to train staff to make and fold empanadas, so that’s why we wanted to do that.”

The business makes an average of 70,000 empanadas per month at its Broadway location.

“This facility will allow us to multiply that many times over,” Cantarovici said, adding that all empanada creation will happen at the new spot.

But even with the expansion, Maria Empanada will still fold them by hand. 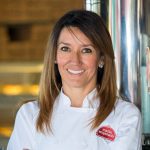 “We see empanada making as really part of the national culture of Argentina. It’s an art, even in Argentina, that’s disappearing,” Cantarovici said. “That’s why we insist to fold them by hand. It’s altogether more extensive and it’s a lot more laborious, (but) it’s important that we set the standard.”

Maria Empanada plans to host training at the facility and is purchasing equipment for dough making, refrigeration and cooking from all over the globe, including Italy, Spain, Canada and Argentina.

“Because this is going to be the mothership, we’re getting essentially the best in its class for everything we’re making,” Cantarovici said. It will employ 15 people in the kitchen to start, with plans to hire more in the future.

The fast-casual chain received a $3.5 million investment from the Colorado Impact Fund in November.

Cantarovici’s wife Lorena grew up in Argentina and started Maria Empanada in 2010, naming it after her grandmother. The business has since expanded to three locations, including at Stanley Marketplace and Denver Tech Center.

“In our own small way, we want to see ourselves contribute to Denver as a food center,” he said.

The empanada shop has three locations in the Denver area. (Maria Empanada)

The company, which started in 2010 and has three locations in Denver, leased 6,000 square feet of production space across from one of its shops.