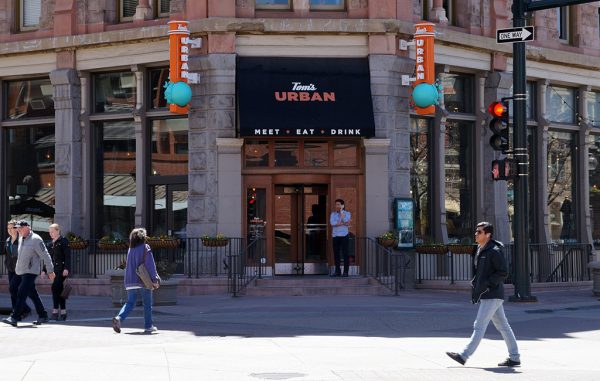 A Larimer Square restaurant sued its landlord over alleged building defects that the eatery says let water pool beneath the floorboards, even after a $250,000 fix.

The Finer Diner Holding Company LLC — which operates restaurant Tom’s Urban at 1460 Larimer St. — is accusing landlords Larimer Square Associates and Herman Family LP of breaching the lease and misrepresenting the condition of the 118-year-old structure.

According to the lawsuit, filed in Denver County District Court last week, the “flooring began to fail” within months of opening in 2013.

“Water overflows and spills, as well as everyday use, caused the floor to buckle, warp, crack and bow at various locations around the patron and staff ingress/egress routes and seating areas,” the lawsuit reads.

Jeff Hermanson, who owns the buildings in Larimer Square, declined to comment.

A previous tenant also battled with the floor, according to the suit.

Samba Room previously leased the Tom’s Urban space, which is above Comedy Works. In 2009, Comedy Works sued Samba Room “for claims arising out of leaks of water downward into Comedy Works,” according to the lawsuit, which says the water leaks “arose out of issues with the premises’ subfloor.

“Unlike poured concrete designs, which are more common for restaurant uses, the plywood subfloor supported by wooden joists creates unique engineering problems for the 100-year-old building,” the lawsuit reads.

The litigation ended when Samba Room filed for bankruptcy and closed in 2011, the lawsuit says.

According to the lawsuit, prior to Tom’s Urban taking over the space, the landlords attempted to fix the problem by covering the subfloor with a rubberized waterproof membrane called MiraSEAL and installing a drainage board intended to allow leakage to drain through established channels.

Tom’s Urban signed a 10-year lease in March 2012. The restaurant says in the lawsuit that it invested $3 million to build out the space after the landlords reassured it the problems had been fixed.

Tom’s Urban says its landlords failed to slope the subfloor toward the drain, creating a “waterproof ‘bathtub’ that collects and holds any seeping water just below the sound-proofing layer and finished hardwood floor.”

The restaurant says that its lease prohibits it from disrupting the MiraSEAL layer.

In 2015 and 2016, according to the lawsuit, Tom’s Urban spent more than $285,000 to replace the floor in hopes it would solve the problem. The restaurant was closed for nine days in connection with the work, which was approved by the landlords, according to the suit.

Before the new floor was installed, “hundreds of gallons” of water were removed from atop the subfloor using a shop vac and buckets, the suit says. It says the new flooring has begun to fail again due to the same issue.

“Without a proper subfloor on which to place floor, the building is defective,” the lawsuit says.

Tom’s Urban is represented in the lawsuit by David S. Chipman and Dean Shaffer of Chipman Glasser in Denver, as well as Bruce A. Lampert of Katzman Lampert in Broomfield.

Reached by phone, Chipman said the water that seeps into the subfloor stems from regular restaurant activity, like mopping.

Tom’s Urban is arguing that its landlords are responsible for the subflooring because it is “a structural portion of the building.” The restaurant says its damages may exceed $2 million. 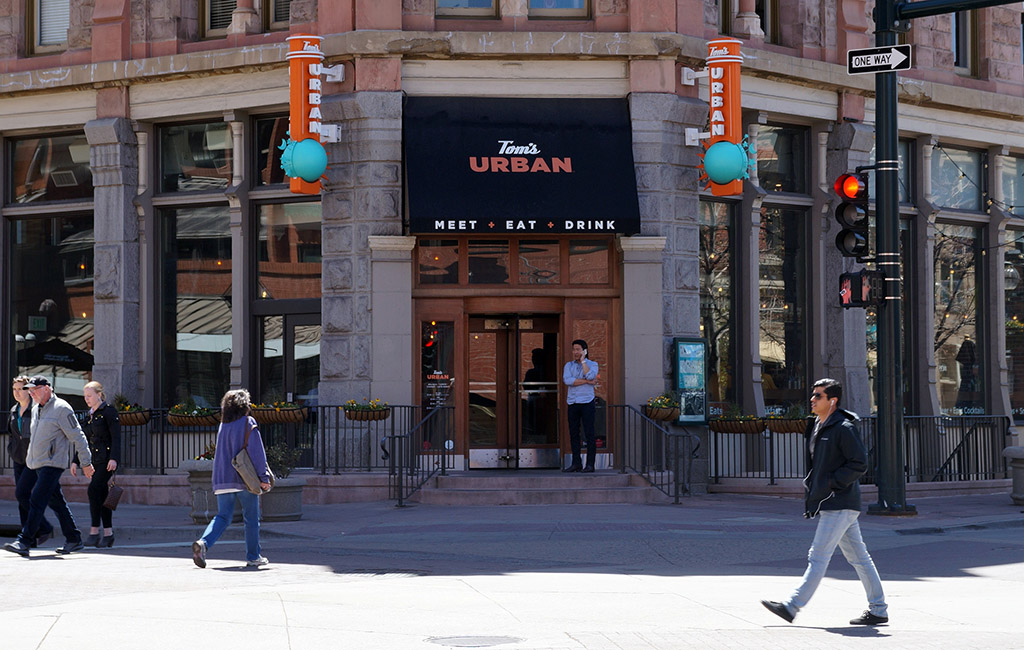 It alleges building defects allowed water to pool beneath the floorboards, even after a $250,000 fix.