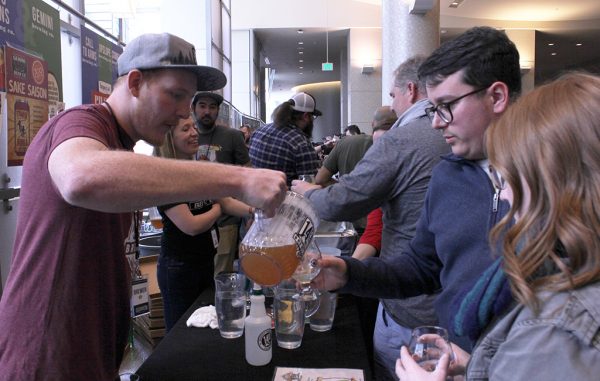 About 200 breweries were paired off to make brews for the festival.

A majority of the brewers at Collab Fest were from Colorado, and all beers were made at a host brewery location in the state.

While most beers were made by pairs of brewers, some were made by a group, such as the Summit County beer, which was made by a majority of the breweries there. The Metropolitan State University of Denver’s brewing program also made a raspberry porter beer with Strange Craft Beer Co.