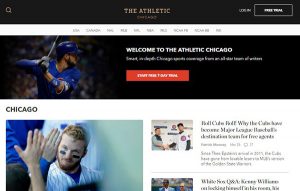 The Athletic has hired three Denver Post sports reporters and is in talks with other possible hires, spokeswoman Taylor Patterson said Monday.

Patterson said the launch date is still being determined.

The Athletic launched in Chicago in January 2016 and now has a presence in two-dozen North American cities, according to its website. Each city-specific publication typically has multiple reporters who cover the area’s professional and college teams.

The Athletic doesn’t display advertising, and charges for access to its stories. Subscriptions cost about $8 per month or $48 per year.

The company won’t have a Denver office. Reporters work remotely, often from the road as they travel to cover a team, Patterson said.

The Athletic recently closed on a $20 million funding round, bringing the total it has raised since inception to $30 million, according to the Wall Street Journal. It reported in March that the sports site expects to have 200 to 350 employees by yearend, up from 120.

Jhabvala, Kosmider and Groke are voluntarily leaving the Post at the same time some of their colleagues are being laid off. The newspaper announced earlier this month that it plans to cut 30 positions – 25 of them by April 9.

The Athletic will be the second sports-centric, subscription-based site to operate in Denver. BSN Denver charges $5 per month or $35 per year for its coverage, and does not operate in other markets. 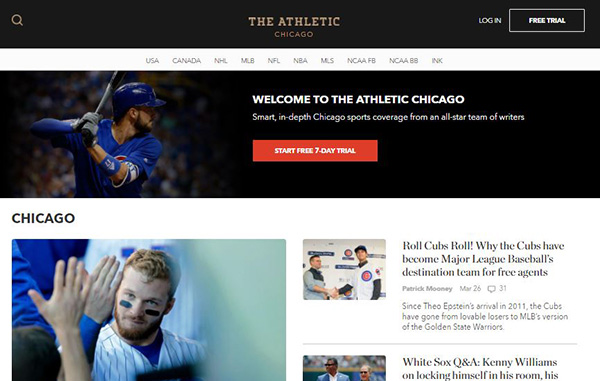 A rapidly growing online sports publication will take a swing at the Mile High City market next month.