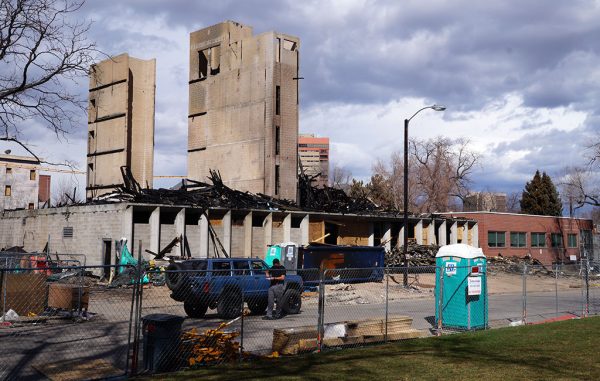 A company displaced by a construction site fire in North Capitol Hill earlier this month has found a temporary home in RiNo.

On March 7, Midtown Inpatient Medicine’s office at 835 E. 18th Ave. sustained damage when the apartment complex under construction next door went up in flames, killing two.

On March 13, Midtown signed a one-year lease for a private office at coworking facility Industry RiNo, accepting a shipment of new furniture that same day.

Chief performance officer Kathy Crabtree said the company’s office on East 18th Avenue — which it moved into in November — handled administrative work and billing for about 45 physicians who work at hospitals operated by SCL Health.

“It had to happen pretty immediately, because it’s the revenue source for our physicians,” she said.

Crabtree reached out to Jason Mayer, a broker with NavPoint Real Estate Group, who was working to lease out the floor below Midtown’s office.

“Your mind just starts racing, because your typical leasing transaction is six months in advance, with a month or two of tough negotiation,” Mayer said.

Mayer said he and Midtown briefly considered subleasing, but figured “that would have been two, three weeks on the low end.” Hoping for something quicker, they decided to focus on coworking spaces, which tend to have pre-drafted lease agreements.

“I reached out to probably five or six,” Mayer said. “A lot of them didn’t have any availability, especially in the size range they needed.”

Midtown also has to adhere to patient privacy laws, and “a lot of the coworking places, like WeWork, they have glass walls everywhere,” Mayer said.

On Saturday after the fire, working with Industry’s Brady Welsh and Jeff Dean, the two parties signed a letter of intent. The full lease was sent over Monday, and signed Tuesday.

“All in an hour or so, they signed the lease, had their orientation and then had to take a delivery of new furniture,” Mayer said.

Midtown’s old office was about 5,200 square feet, but had room to grow. Crabtree said eight to 11 staffers were there daily. The new space in Industry is 1,620 square feet.

Midtown isn’t the only business displaced by the March 7 blaze. Denver Family Dental operated next door, in a taped-off building that now touts a sign warning of asbestos. Attempts to reach the company for comment were unsuccessful.

On the other side of the construction site, Denver Parks and Recreation operated an office at 1849 N. Emerson St. That building was also taped off Friday. A spokeswoman did not respond to a request for comment. 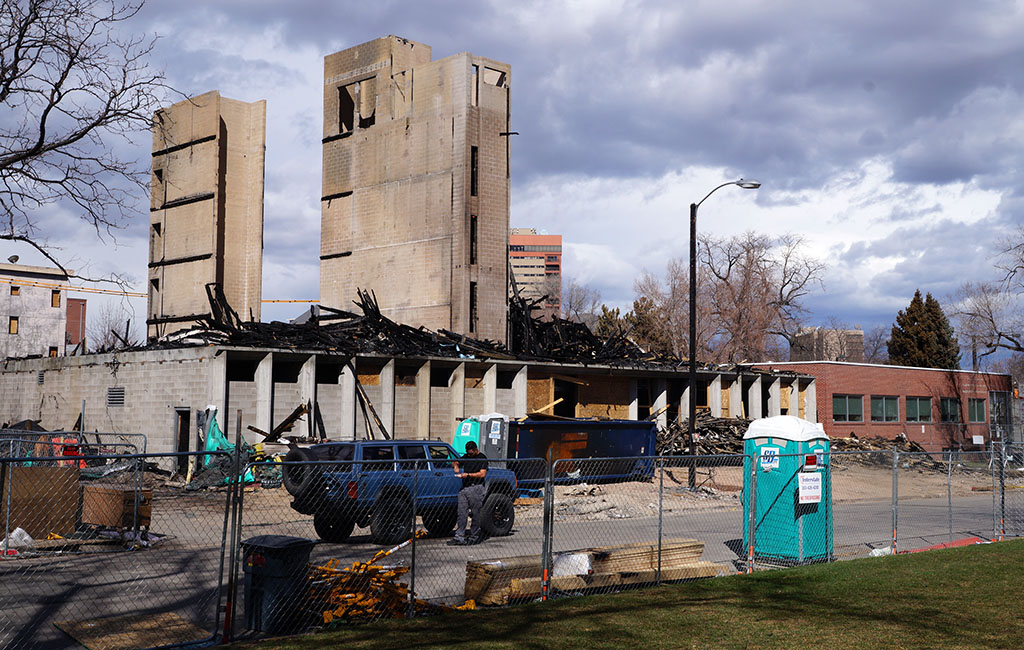 The apartment building under…