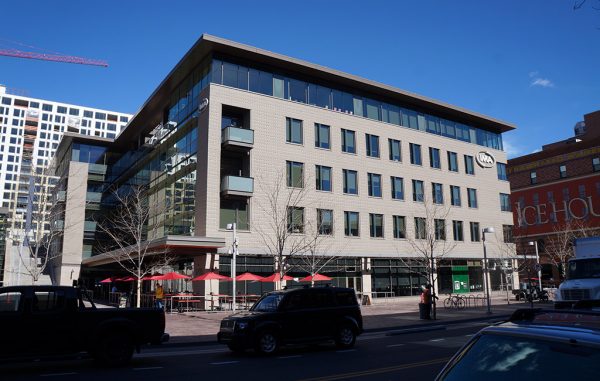 The five-story office building at 1705 17th St., next to Union Station, is listed for sale. (Thomas Gounley)

A five-story office building right next to Union Station is on the market.

GLL, which declined to comment, purchased the building in March 2014 for $67 million, according to property records. The marketing materials do not list a price.

The 109,000-square-foot building was completed in 2013 and is leased to five tenants, according to the materials.

It houses the headquarters of IMA Financial Group, which has its signage atop the building. Other tenants are The Piton Foundation, Gary Community Investments, Alpine Bank and Hopdoddy Burger Bar.

IMA CEO Rob Cohen and Ed Haselden of Haselden Construction, along with other investors, spent about $32 million building the structure, according to a 2014 Denver Business Journal story.

Tim Richey, Michael Winn, Jennifer Knowlton, Chad Flynn and Charley Will are the listing brokers. Richey did not respond to a request for comment.

GLL also owns a five-story office building on the other side of Union Station. The 1615 Wynkoop St. building, home to the headquarters of Antero Resources, is known as One Union Station, or the South Wing Building. 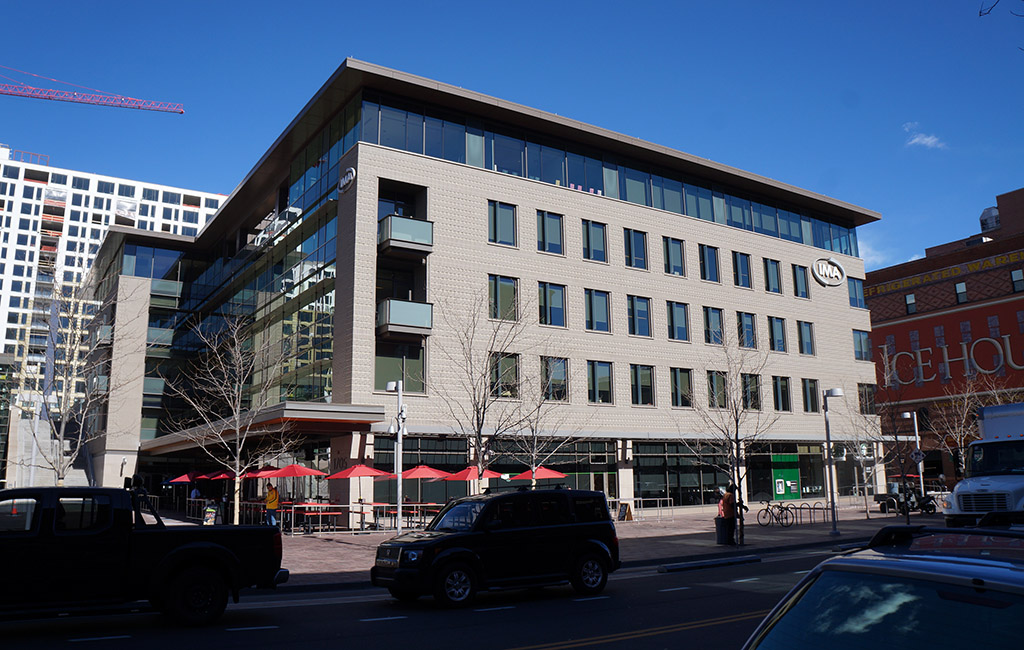 The five-story office building at 1705 17th St., next to Union Station, is listed for sale. (Thomas Gounley)

The IMA headquarters building adjacent to Union Station has hit the market.