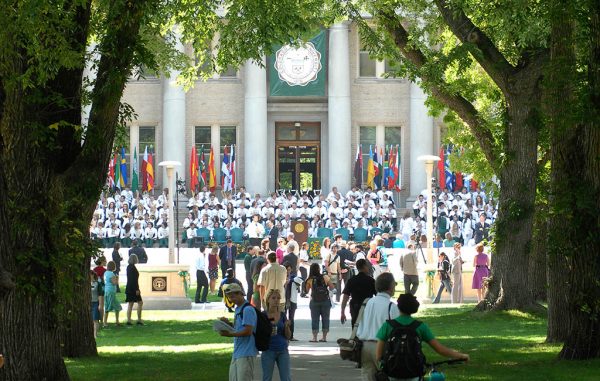 Students in front of the CSU administration building.

Twelve Colorado State University alums have sued the school, claiming they were told its landscape architecture program would be accredited – a designation the now-shuttered degree program never achieved.

“Contrary to the promises made to the plaintiffs, CSU would not be pursuing LAAB accreditation, it was never positioned to begin the accreditation process, and the MLA program had been put on hiatus,” the suit says.

The school has since removed information on the MLA from the Department of Horticulture and Landscape Architecture website, but the main site for CSU graduate programs still lists the degree.

The suit was filed March 20 in Denver District Court.

The students graduated from the master’s program between December 2012 and May of 2017. They want their tuition refunded plus damages.

“Each of the plaintiffs relied on CSU’s promise to his or her detriment by diverting their careers to attend CSU, by incurring the expense of attending the program, including paying tuition, for some of the plaintiffs incurring moving expenses,” the suit says.

The students are being represented by Shelley Don and Watson Galleher of Don, Galleher and Associates. Eight of the 12 live in Colorado, according to the lawsuit.

According to the suit, many students kept in contact with the university after graduation, eager to hear about the status of accreditation. Some emailed in saying their job search or full-time employment status depended on LAAB accreditation.

The suit claims CSU received approval to start the MLA program in 2009, with the first class starting in the fall of 2010. At the time, it says, the university had a disclaimer on its website that it was not yet accredited, but expected to be considered for it “upon the graduation of the first class.”

The LAAB is run by the American Society of Landscape Architects, based in Washington, D.C. Kristopher Pritchard, accreditation education programs manger with the organization, said there was no formal record that CSU had attempted to seek accreditation as far back as 2014.

He added that CSU met some of the standards set by the LAAB, such as offering a bachelors program in landscape architecture. The LAAB requires the school to graduate one class before being considered for accreditation, he said. Graduate programs also have to last three years under the LAAB.

The university did not respond to a request for comment. 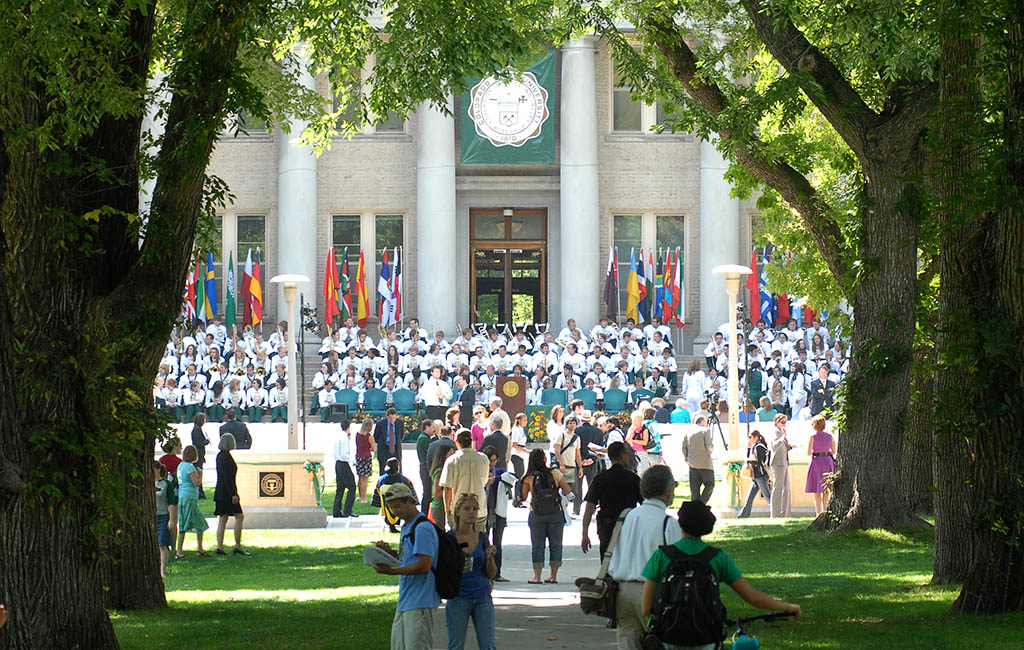 Students in front of the CSU administration building.

Twelve alums of a program in landscape architecture claim the school never applied for accreditation - which they say they needed to get jobs.