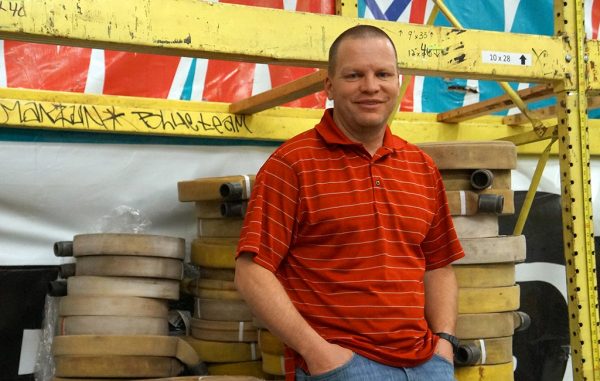 Inside the Repurposed Materials warehouse, the Longmont resident points out rolled-up faded yellow fire hoses and dusty strips of an old conveyor belt. Next to a table, there’s a retired street-sweeper brush, likely destined for a zoo or ranch to be used as a scratching post.

“I have a used mentality,” said Carson, 46. “I’ve never bought a new car … everything I’m wearing today, I bought at a thrift store.”

Carson, a Kansas native who once owned a trash hauling company in Breckenridge, founded Repurposed Materials in 2010. It buys “materials that are obsolete to their primary industry,” then sells them to be used in new ways.

He is preparing to open the company’s sixth location near Phoenix, and also testing whether his ability to find buyers for unusual goods can be transferred to a new realm: real estate.

Carson owns an abandoned prison in rural Colorado. And he’d love to strike a deal with you.

“We have it marketed on Craigslist in every major city in the United States,” he said.

The former High Plains Correctional Facility is in Brush, a town of 5,500 about 90 miles northeast of Denver. The privately run facility opened in the mid-1980s and closed in 2010 due to a decline in the number of women in state custody.

The prison and surrounding land were purchased in March 2014 by Fort Morgan resident Nicholas Erker, of Colorado Farm Products and Erker Grain Co. Erker wanted to transform the facility into a marijuana grow operation, but his plans were derailed when the town’s city council voted 4-3 against a proposal that would have dropped its moratorium on recreational pot businesses.

Carson said he was unfamiliar with the facility until Erker called, asking if it accepted razor wire. He made his first trip to see the site in May or June of 2016. 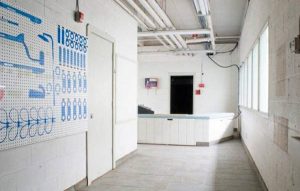 “I had been thinking about taking our mission concept and applying it to real estate,” he said.

That December, Carson, acting as Big House LLC, bought the property for $350,000 and a $60,000 credit toward goods from Repurposed Materials. He said the offer was about 20 cents on the dollar compared to nearby industrial spaces.

“Not that there’s a lot of comps in rural northeast Colorado,” he said.

Carson said Repurposed Materials is all about buying “assets that have interesting attributes, characteristics or engineering.” Selling those items comes down to promoting their unique properties.

“The previous owner was just a farm and ranch retailer, and he didn’t think creatively about how to market it,” he said of the former prison.

Carson has listed the property at $1.2 million, or $20 per square foot. He’s willing to lease the space, but only to an established company.

“It’s an odd property, for sure,” he said. “Craigslist is full of odd people, who are attracted to odd things.”

Carson said he has given two-dozen showings since buying the prison. People in the cannabis industry have been the No. 1 source of interest. Given the 2014 council decision, a cannabis company likely would need to finance an effort to get the recreational pot question before voters.

The No. 2 source of interest has been from those who want to fill the old prison with computers to mine cryptocurrency. After the second such call, Carson said he altered his property listing to say that he was willing to accept partial payment in bitcoin.

Carson said he’s also been contacted by someone who wanted to rent the property for a weekend Nerf gun tournament, and by a producer interested in shooting a music video there.

Carson didn’t take those offers, but said one “very interested party” has visited the site three times, and is interested in turning the prison into offices and a distribution center.

“Somebody is going to have to be willing to spend some time and effort to make it what its second use is,” he said.

Damon Carson is testing whether his ability to find buyers for unusual goods can be transferred to a new realm: real estate.