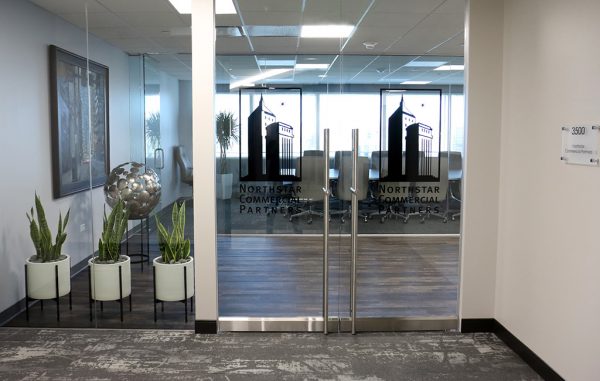 Northstar has doubled its office space in the tower at 1999 N. Broadway. (Northstar)

Chairman and CEO Brian Watson said the Denver company moved into 12,500 square feet on the 35th floor of 1999 Broadway earlier this month.

Watson said the company has about 40 Denver employees, a figure he expects will increase to about 60 over the next year.

Northstar also has about 10 employees who live elsewhere, Watson said. Its portfolio consists of 50 assets in 17 states.

“Given some of the new initiatives that we’re working on now, we believe our portfolio will double in size in the next 12 months,” he said.

Locally, Northstar’s holdings include the Golden headquarters of restaurant chain Boston Market, and Cherry Creek Place I and II on South Vaughan Way in Aurora, according to its website.

Northstar and a partner also recently purchased Offices at the Art, a three-story glass building at 1221 N. Broadway, for $17 million.

Watson, who founded Northstar in 2000, said the company’s new office is “the first time that we’ve designed the space for our needs,” rather than making do with available space.

Northstar has doubled its office space in the tower at 1999 N. Broadway. (Northstar)

A Denver company with several local holdings has expanded its breathing room at 1999 Broadway.