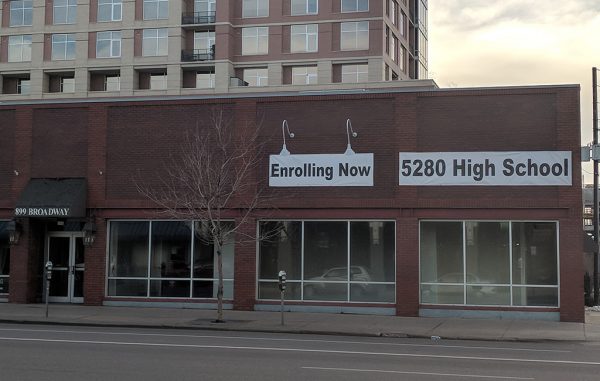 A new charter school is opening on Broadway in time for students to hit the books in August.

5280 High School plans to open in the 15,000-square-foot building at 899 Broadway, formerly home to the Shops at 9th Avenue. The shops closed last June after a rent increase.

Melissa Mouton, founder of the school, said she is finalizing lease terms but plans to occupy the building for two years.

Mouton said she has been working on launching 5280 High School for three years. The school is certified through the city and will receive government funding.

But funding does not cover the startup costs of getting the building up and running, she said. The school is registered as a nonprofit, and Mouton said she has raised $500,000. Half of the amount was raised through a federal grant.

“Starting a school is a massive effort,” she said. “We’re privately funded through donations and through foundations to help us get to where our doors can open.”

Mouton said the amount of government funding is dependent on how many students it has.

The school will start with 110 ninth-grade students, extending to tenth grade in its second year. From there Mouton said it will have to move to a larger space. She does not have a location in mind, but said 5280 High School will move by August 2020.

Construction will start on the building in April to finish in time for new teachers to prepare classrooms. Mouton said the building will have 11 classrooms and six teachers, and she plans to be the principal.

Mouton moved to Denver to study at the University of Colorado’s Anschutz Medical Campus. She was a teacher for three years in North Carolina for Teach for America, and taught at Adams County 14 in Colorado.

She graduated with her M.D., but did not continue to her residency. Instead, she began teaching math at the Contemporary Learning Academy in Denver and eventually became dean of instruction.

“I knew that schools were the place that makes a difference for kids,” she said. “I spent some time in the Adolescent Medicine Unit over at Children’s (Hospital). These kids had medical problems for sure, but they also struggle with the things that weren’t fixable by them coming to visit the doctor once a month.”

The Broadway school will have a Denver Public Schools curriculum, but also will focus on project-based learning, Mouton said. In addition to classes like math and English, 5280 High School will have classes to start and end the day that focus on mental and physical health.

“Over the past 10, 15 years, we’ve really swung the pendulum really far over to standardize testing, rigorous academics, and slowly music programs have gone away, art has gone away, P.E. has gone away,” Mouton said. “Slowly, we’ve just narrowed our focus to just reading, writing and math. I think that’s caused some unintended consequences in the rest of the kid’s life.” 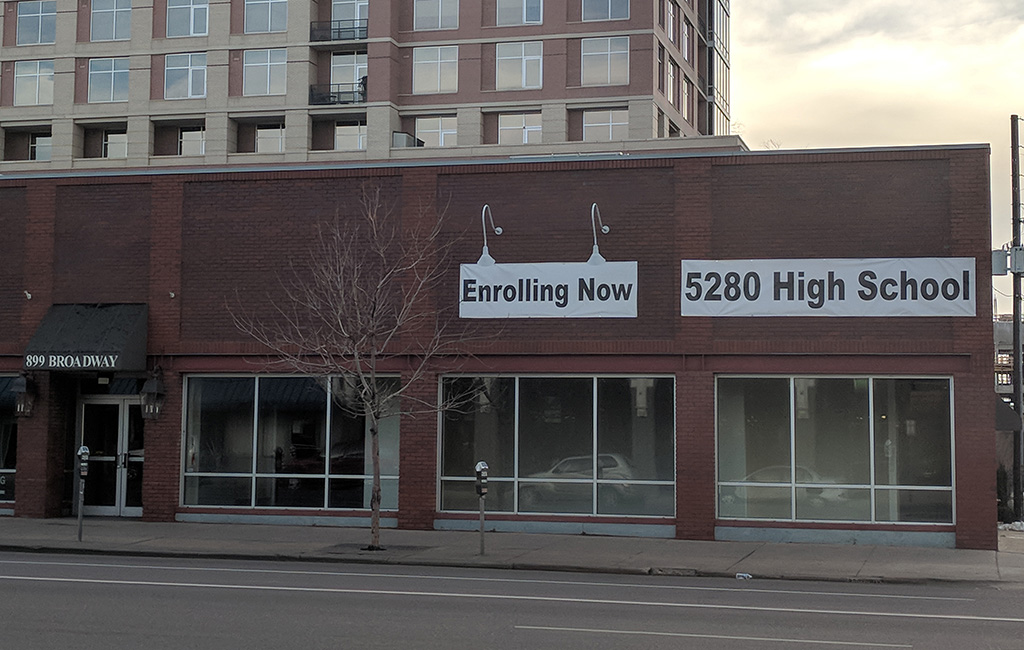 5280 High School plans to open in a 15,000-square-foot building formerly home to the Shops at 9th Avenue.