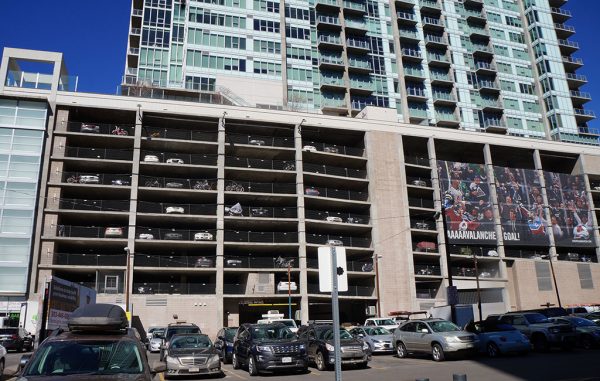 A parking spot in the Spire garage sold for $74,000 in December. (Thomas Gounley)

When the first snow of the year falls in Denver, Realtor Mark Trenka knows one sliver of his business is about to heat up.

Add winter weather to the year-round challenges of meters and cramped private lots, and suddenly owning a parking spot becomes much more appealing.

“I call it parking spot season,” said Trenka, broker-owner of Century 21 Trenka Real Estate. “It runs through the spring.”

While Denver residents regularly encounter parking challenges, most hope to get lucky on the street or opt to rent a spot. A small group of people who have condos in the heart of downtown, however, have a more permanent option: they can buy a space in their building’s parking garage.

Just be ready to shell out more than the cost of most cars.

“People are kind of shocked what they go for. It’s supply and demand,” Trenka said. “I probably sell more of them than anyone else in Denver.”

In December, one parking space transaction set a high-price record for the Mile High City, according to Trenka’s review of multiple listing service data.

Property sales that only involve a parking space are rare – Trenka said he’s involved in three to four such transactions per year.

Often parking spaces in condo buildings sell at the same time as a unit. Some buildings require this, making the value of the space hard to quantify. Allshouse, for example, purchased Spire’s Space 131 from Bruce Crockett, who paid $565,000 for both the space and a condo in March 2015, according to property records.

But Spire and Brooks have deeded spaces, meaning they can also be sold on their own. And new buyers come out of the woodwork when the snow starts falling. 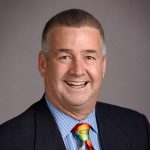 “You get a lot of people, they move into downtown and think, ‘I don’t need a parking spot,’” Trenka said. “And three months later, they do.”

Brooks Tower has 566 units and 300 parking spaces. Trenka said individuals have to own a condo to buy a parking space. Cara Gurule, with Keller Williams Realty, said she has a client under contract to buy a space in the building for $57,000.

Spire has seven levels of parking, Trenka said, with the most valuable spaces closest to the entrance.

Brooks Tower has two levels of parking, making distance from the entrance less important. Trenka said buyers tend to pay more for a taller ceiling above their space, as well as a space that is flat and not sloped.

Individuals who buy a parking space owe more in HOA fees, Trenka noted, because they now own a slightly greater percentage of the building. He said a space in Spire’s garage comes with $22.68 in monthly HOA fees. At Brooks Tower, that figure is $79.36 a month.

Denver isn’t the only city with pricey parking spaces. Bloomberg reported the sale of a Hong Kong spot for $664,300 last year. Trenka said spaces in Vail have sold for six figures.

A parking spot in the Spire garage sold for $74,000 in December. (Thomas Gounley)

When the first snow of the year falls in Denver, Realtor Mark Trenka knows one car-sized sliver of his business is about to heat up.