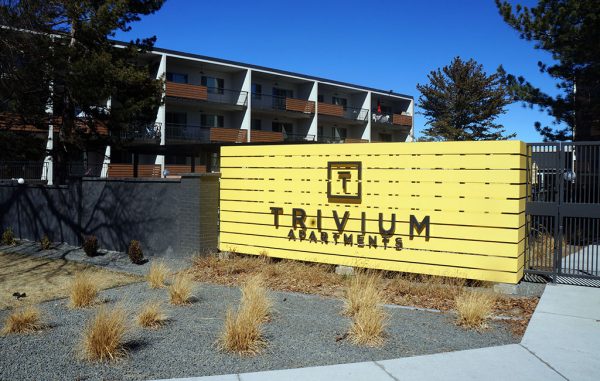 An apartment complex in Pioneer Country – almost on the University of Denver campus – sold for $18.4 million, twice what it traded for less than three years ago.

Forum Real Estate Group last week sold Trivium Apartments, a complex at 2125 Buchtel Blvd., after paying $9 million for it in October 2015, according to county records.

A Forum executive did not respond to a request for comment. The company’s website describes the property as “newly renovated,” and city records show numerous permits associated with a remodeling in 2016.

Forum sold Trivium to Anchor Trivium LLC and 2125 Buchtel LLC, according to the records.

Trivium consists of two four-story buildings on 2 acres, directly across from the DU campus and adjacent to a light rail station. City records state the property has 72,300 square feet of building space, with structures built in 1961.

A residential complex in Pioneer Country was purchased for twice what it traded for less than three years ago.