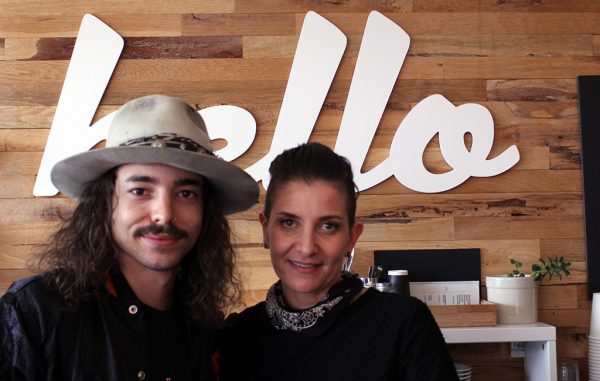 Tyler and Tandi Venter inside Spur in Littleton. (Kailyn Lamb)

The former Platform T tea shop near the Mayan Theatre on Lincoln Street has been gobbled up by another purveyor of hot drinks.

Littleton-based Spur Coffee and Roasting Co. is opening at 95 Lincoln St. this spring. Platform T closed the Lincoln location and its other cafe in Glendale at the beginning of January.

Owner Tandi Venter said she and her husband Marcel had been looking for a spot for a second cafe for a while, but the locations never felt right.

“Funny enough, when we saw that Platform T opened, we were drooling, thinking, ‘Oh my god this is so cool, they’re doing such a good job.’ Lo and behold, two-and-a-half years later we managed to get in there at the right time,” Venter said.

The space was previously a tea shop, so Spur will not alter the 1,700-square-foot building. Venter said most of the expenses will be for espresso machines and coffee-making equipment. Spur has a five-year lease, she said.

The pair hopes to open the Lincoln location by May.

Venter, who has a background in baking, said the kitchen at the Lincoln location will allow Spur to expand its menu with pastries and lunch items. At the Littleton Spur, Venter said, foot traffic dips during lunch hours. In Denver, she hopes to keep it steady all day. 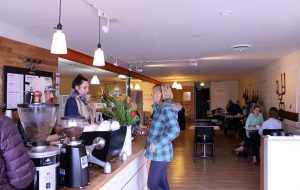 “It’s going to be a total game changer,” she said.

She said Spur concentrates more on coffee drinks that don’t add a lot of syrups, instead opting for European-style espressos. She and her staff also try to keep up with trends for baked goods, offering vegan and gluten-free options.

The Venters came to Colorado from South Africa. Both were graphic designers.

They opened the Littleton Spur in 2012 as a design studio before transitioning into a coworking space that offered coffee. In 2016, the pair dropped coworking, and embraced the world of coffee. Their son Tyler began roasting coffee for Spur in August last year.

The pair designs all the packaging for roasted coffees. While Tandi Venter has moved more toward the food operation, Marcel is on the business side and works on branding.

“We’ve always said we wanted to be our own clients,” Venter said.

Tyler and Tandi Venter inside Spur in Littleton. (Kailyn Lamb)