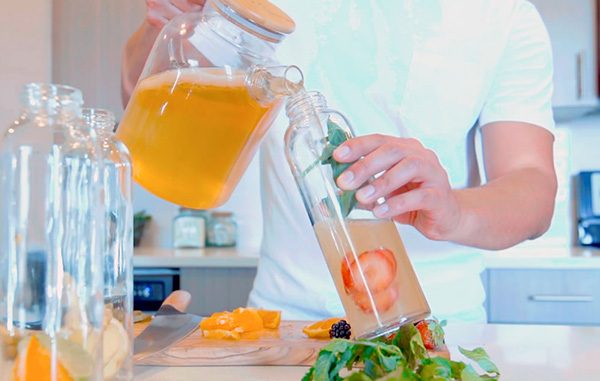 Three Denver kombucha enthusiasts have steeped their homebrew hobby into a business venture.

Thea Kombucha Co. launched a Kickstarter campaign on Jan. 12 for its do-it-yourself brew kit, hoping to raise $5,000 – but far exceeded its expectations, selling $35,000 in Starter Seed kits to 722 backers.

The kit features a live yeast and probiotic starter seed in a dry form. It makes unlimited batches of kombucha. Roman Perez, co-founder and marketing director, said the dry format makes it easy for anyone to make the beverage.

“Think of it like picking up yeast at the store to make pretzels,” he said.

Perez said he and his co-founders knew that kombucha was a popular item, but wanted to use Kickstarter to determine interest in a homebrew product.

“We wanted to test it out and see if people wanted to make it at home,” he said.

Perez started the Denver company with co-founders Patrick McCain and David Jaroch. McCain and Jaroch work in biomedical engineering and met Perez through mutual friends. Perez said McCain has been making kombucha for 10 years and wanted to find an easy way for people to make it at home.

The Starter Seed kit is one of the first ways for people to make kombucha at home without ordering a probiotic starter mushroom online, Perez said. He added that since people are ordering the mushroom online, they can’t be sure how it was originally grown.

“You may end up getting a very weak starter,” he said.

Places such as Kombucha Brooklyn and Northern Brewer Homebrew Supply offer home starter kits for $45, which includes fermentation jars. Thea sold its Starter Seed kit on Kickstarter for $16, as well as a kit with a 2-liter pitcher for $52.

Perez said Thea will use the funds to create a new marketing strategy and purchase packaging equipment. The company will try to sell Thea in local organic supermarkets in Colorado before reaching out to chains such as Whole Foods and Sprouts.

Starter Seed’s packaging also will get a makeover, Perez said. He said Thea wants the packaging to stand out to kombucha enthusiasts and show that anyone can make it at home.

“We want to have a really nice presentation for retailers,” he said. 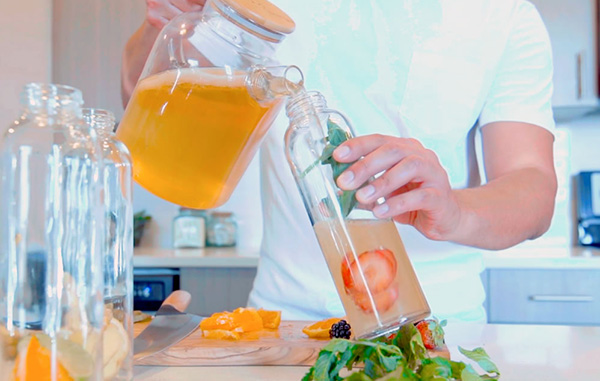 Thea Kombucha raised far more than it sought in a Kickstarter campaign for its Starter Seed kits.