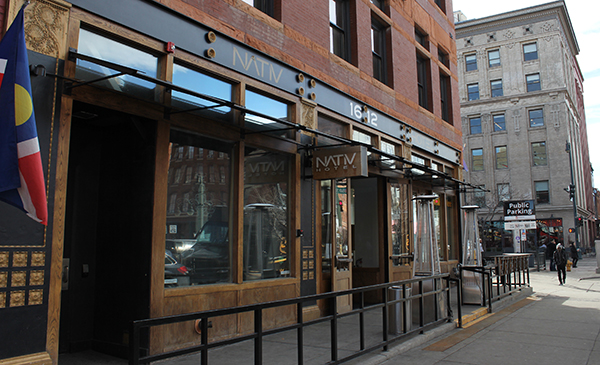 A 15-room hotel in LoDo is now being managed by the landlord.

Jet Entertainment LLC, which owns the four-story building at 1612 Wazee St., took control of the Nativ Hotel this week.

Rick Skelton, an Atlanta resident involved in the business, said the company owners no longer live in Denver. He said the property needed a local owner.

Skelton said the hotel wasn’t reliably profitable and suffered from a lack of scale.

The hotel’s rooms are on the building’s first three floors. At one point, 1612 gutted the top floor in an effort to add more rooms, but the work never was completed. Skelton said all that happened before he became involved with the company.

“It was really flawed from the beginning because it needed that fourth floor,” he said of the business plan.

The hotel had been paying more than $25,000 in monthly rent, according to a short-lived lawsuit Jet filed this month. Rooms start at about $180 a night, according to Nativ’s website.

Skelton said the hotel will be returning to the control of John Hamilton, who ran a hotel that previously operated in the building.

Michael Schlueter of Denver-based Schlueter, Mahoney & Ross, who represented Jet in the lawsuit, said Jet has retained the hotel’s staff.

“For the time being, it’s just going to be run by the landlord,” Schlueter said.

Schlueter said Jet is looking for a new entity to lease or purchase the building. Jet paid $5.36 million for the building in January 2008, according to property records.

By July 2015, however, the hotel was telling guests they could not use marijuana on the property, according to Westword, which said the move was “reportedly because neighbors and the landlord were surprised by the pro-pot stance.”