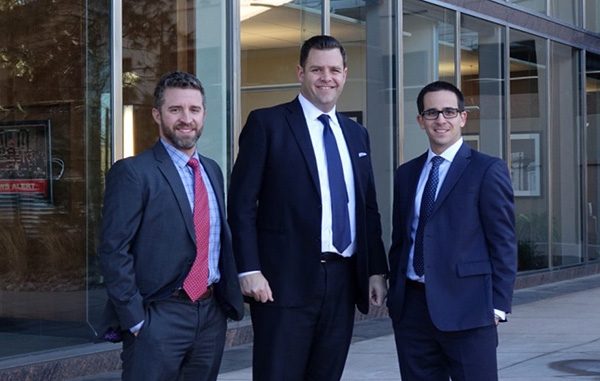 The new owners of Greenwood Village-based Dunton Commercial are drawing the company’s brokerage operations to a close, choosing to focus instead on property management.

Fenn and Katz purchased Dunton from the Chang family, which includes retired professional tennis player Michael Chang and his brother and ex-coach Carl Chang. The Changs purchased what was then Dunton Realty in 2003.

He said Walpin and Dunton will merge operations at Dunton’s office at 5570 DTC Parkway in Greenwood Village, and the Walpin name will be dropped. Walpin employees currently work at 1355 S. Colorado Blvd. in Denver.

Melchior said the acquisition grew out of Fenn’s and Katz’s desire to build on revenue growth Walpin has seen since Fenn purchased it in April 2014, later bringing on Katz as a partner.

Melchior, who started as CEO on Jan. 8, said he knew Fenn from previous work at Denver-based Summit Investment Management.

He said the goal is to add life to a firm that “has a great long-term reputation around town, but has just been a little bit quiet through the Changs’ ownership.

“We don’t think there was any desire to grow with previous ownership,” he said.

Dunton expects to be fully out of the brokerage business by the end of the first quarter.

“We want to focus on property management,” Melchior said. “That’s really been Dunton’s core business … We had some great brokers, so it was not an easy decision.”

Dunton and Walpin have about 2.8 million square feet under management, a figure that Melchior wants to grow to more than 5 million in three to five years. The company is targeting properties in the 50,000- to 250,000-square-foot range.

Dunton also plans to develop a real estate investment division, focusing on value-add properties in the $1 million to $10 million range.