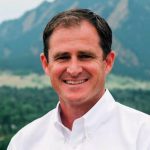 Harry Bull, Cherry Creek superintendent, is retiring at the end of the current school year, due to health problems. He has held the job since 2013.

Marc Peperzak, founder and chief executive officer of Aurora Organic Dairy, is stepping down. The firm’s president, Scott McGinty, is taking over the position.

Brian J. Connolly has been elected shareholder and director of Otten Johnson Robinson Neff + Ragonetti.  He is a member of the land use, litigation and real estate practice groups.  He has degrees from Cornell University and the University of Michigan.

Michael P. Robertson has been promoted to a partner of Reilly Pozner.  He focuses his trial and litigation practice on complex business disputes, fiduciary litigation, and accountant malpractice matters.

R. Matt Headland is senior portfolio manager for Key Private Bank. He had been president and trader at Headland Capital Management in Erie. He is a graduate of Florida State University in Tallahassee, Florida.

Barry Ellis has been named mortgage market manager.  He had been with US Bank Home Mortgage and is a graduate of Lyon College in Batesville, Arkansas. 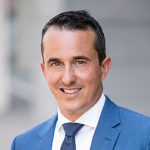 Jason Cummings has joined Madison & Company Properties at the Denver Tech Center as a broker associate.

Ryan Stone has expanded his role of director of development to include chief financial officer.

Jenny Jacobs has joined the firm as a director of development.

Casey Grosscope has joined CBRE as vice president with advisory and transaction services.   He had been with Newmark Knight Frank and is a graduate of the University of Colorado. 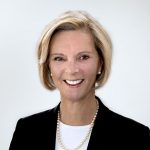 Myrna Hall will become vice president of advancement for Regis University, effective Feb. 5.  She is with Marts & Lundy Inc.  She has a master’s degree in American studies from Washington State University and a bachelor’s degree in sociology from the University of Oregon.

Peter Grigsby is a franchise and buyer specialist.

Sumner Crosby is a sales analyst.

Mischa Danaceau is chief information security officer for InteliSecure.  He had been with Smashburger and has degrees from Ithaca College and the University of Colorado.

Shannon Latham is national director of human resources and professional development with PCL Construction Enterprises Inc. She had been with CH2M and is a graduate of Colorado State University. 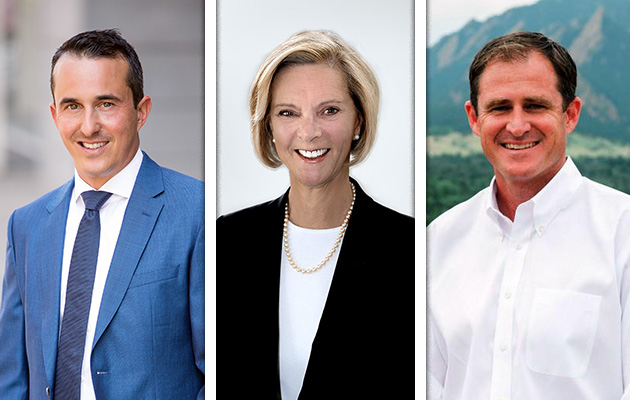