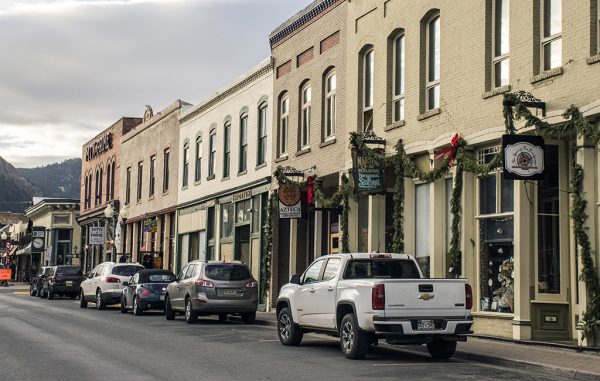 The second Feral store will open in the Erickson Building at 1630 Miner St. (Feral)

The owner of Tennyson Street’s Feral Mountain Co. has pegged Idaho Springs as the location for its second outdoors shop. The second Feral store will open in the Erickson Building at 1630 Miner St. and will be twice the size of its current space.

Funkhouser, who quit his executive job at Toys ‘R’ Us to start Feral in 2016, considered other Denver locations, but landed on Idaho Springs for its outdoor tourism options.

The city is poised to build at least 20 miles of trails for hiking and biking from town, as well as a greenway path going through the middle of the town, Funkhouser said. It also plans to convert the Argo Mine into a convention center and hotel.

“Historically, Idaho Springs has always been on the way to wherever you’re going,” Funkhouser said. “It’s really going to be positioned as more of a destination than a stopover.”

In anticipation of Outdoor Retailer coming to Denver next week, Funkhouser said now was a good time to pounce on announcing his second location.

“There were actually a handful of other outdoor gear shops that were looking at Idaho Springs,” he said. “We just wanted to beat everybody to the punch … we really needed a space where we could scale.”

The 2,000-square-foot store along Idaho Springs’ main corridor will have more space for Feral’s offices as well as more gear options.

“We are going to have more breadth of assortment,” Funkhouser said. “We’re also going to add some categories,” including ski accessories and apparel.

Funkhouser did not disclose rent costs in Idaho Springs or financial information on the company. Feral has seven employees, but plans to expand to 15 within a year to help operate the new store.

In addition to selling gear from brands such as Patagonia, Black Diamond and Salomon, Feral launched an Indiegogo campaign this year to make its first product, a journal for recording outdoor adventures. The company also rents gear, including snowshoes, tents and sleeping bags.

The second Feral store will open in the Erickson Building at 1630 Miner St. (Feral)

The owner of Tennyson Street’s Feral Mountain Co. has pegged the city's main corridor as the location for its second outdoors shop.