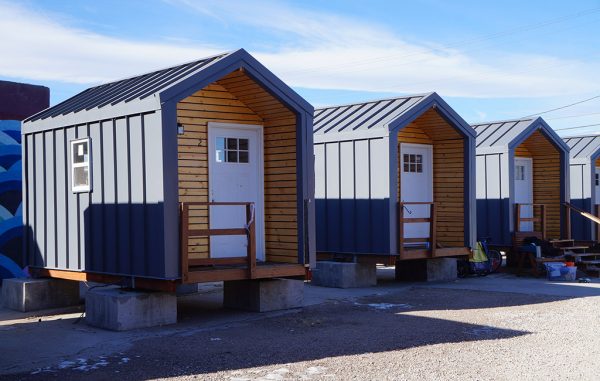 The tiny home village in RiNo is starting 2018 on the move – but not going far.

Work began this week to move Beloved Community Village, at the corner of 38th and Walnut streets, across an alleyway to 1420 E. 38th St., according to Cole Chandler.

Chandler is the organizer of Colorado Village Collaborative, the nonprofit behind the community, which houses formerly homeless individuals.

The Beloved Community Village consists of 11 homes – 96 square feet each – and a communal washroom. Its current property is owned by the Urban Land Conservancy, which says it invests in real estate in “under-served areas for long-term community benefit.”

Chandler said Colorado Village Collaborative has been paying Urban Land Conservancy $1 per month for the space.

The village opened in July with a six-month permit from the city. Chandler said the site isn’t zoned for structures such as tiny houses, but city staffers believe the city code gives them the authority to define new uses temporarily.

The village knew from the day it opened that it would have to move come January, he said, because the permit can’t be renewed for the same site.

“It’s been in proof-of-concept mode during this time,” Chandler said. “The city defines it as a pilot program.”

The village will have another six-month permit for the new site, necessitating a move again in July. Chandler hopes by that time, the city will have authorized longer-term permits.

“We’re highly optimistic that our next permit after this one will be, at minimum, six months with the option to renew,” he said.

Colorado Village Collaborative has been discussing the logistics of the January move with engineers, contractors and city officials since August.

Chandler said three landowners offered space for the village to move to, and residents of the homes unanimously voted to move to the adjacent parcel, which also is owned by Urban Land Conservancy.

That group and partner Medici Consulting Group plan to develop the property, including the current and future sites of the tiny home village. Groundbreaking is scheduled for late 2018, after the village moves again.

Plans for the site, called Walnut Street Lofts, call for 65 apartments reserved for those making 30 to 60 percent of the area’s median income. Rents would range from approximately $400 for a one-bedroom to $1,200 for a three-bedroom.

It hasn’t been determined where the tiny home village will move in July.

Chandler said one of the other properties offered for the village this round was farther east, while the second was across Interstate 25. Both sites would have hosted for the same nominal fee, but they also will be redeveloped ultimately, he said.

“If one of those was a long-term option, we might have prioritized it a little more,” he said.

The 14 residents of the tiny home village are temporarily displaced by the move. Colorado Village Collaborative said it has been working to find hotels, churches or individuals willing to temporarily house them.

Chandler said he hopes residents will be able to move into the new site Jan. 12.

Baltimore-based Whiting-Turner Contracting is managing the move. The company is not charging for staff time, but Colorado Village Collaborative still expects to owe about $25,000 in equipment costs.

The RiNo village may not be the only of its kind locally for long. Colorado Village Collaborative and St. Andrews Episcopal Church are looking to build one by the church at 2015 Glenarm Place. 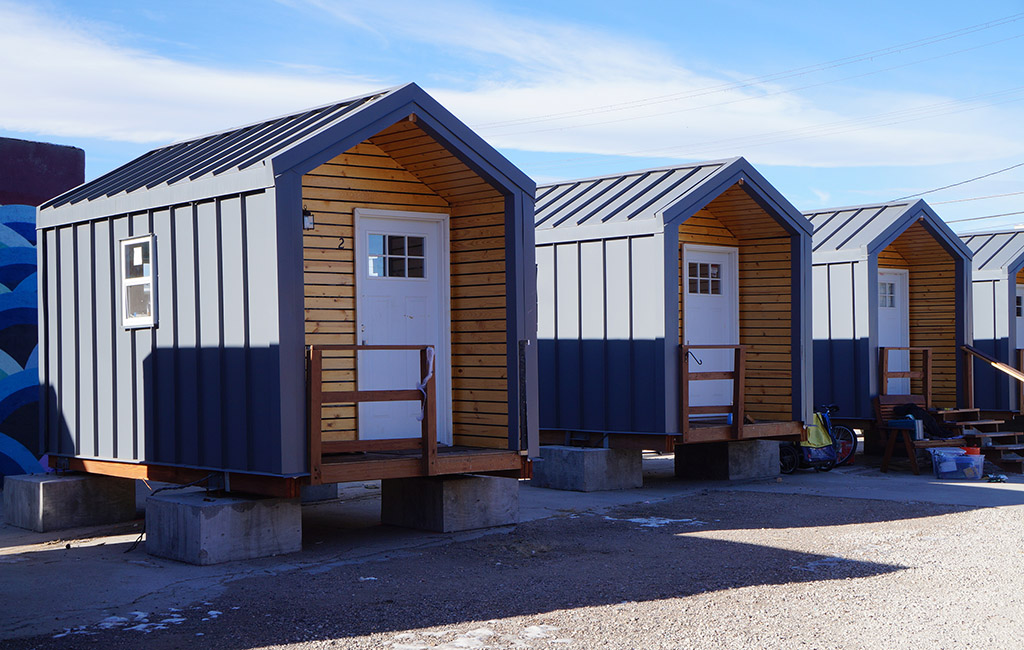 The neighborhood's community of small houses is starting 2018 on the move - but not going far.