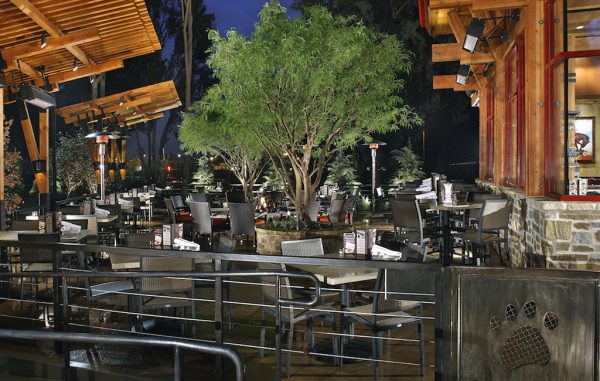 Dogs are permitted to dine with their owners on the patio of Lazy Dog restaurants. (Lazy Dog)

One of Westminster’s newest restaurants is going to the dogs.

Lazy Dog Restaurant and Bar, a California-based chain that has menu items for patrons and their four-legged friends, has planted its first Colorado location.

It is looking to open its 25th restaurant in Westminster on Dec. 20, with plans for a second Colorado location to open in Aurora next spring.

The chain has a special menu for dogs, which are allowed only on the patio, but get a bowl of water and options like rice, chicken or beef patties and veggies. Rob Bowers, general manager of the Westminster location, said that while Coloradans are known for being dog lovers, the Orchard Town Center in particular is a prime location.

“I see people walking around the mall with their dogs all day long. We’re really going to capitalize on those guests who come in here,” he said.

Bowers said Lazy Dog founder and CEO Chris Simms worked with the health department in California to make sure the restaurant was up to code. Dogs must stay on the ground within reach of the owner at all times. They also have to be leashed, and staff cannot touch the animal.

The 11,400-square-foot space is located at 14618 Delaware St., which Bowers said is the largest restaurant in the Orchard Town Center. Bowers and two other managers relocated to Colorado for the expansion. Lazy Dog hired around 160 employees to run the location.

The company got its start in 2003 in Huntington Beach, California. Simms wanted to emulate the relaxation of a vacation, like a lazy dog in front of a fire, which is where the name came from. It has locations in California, Texas and Nevada.

“A lot of the lodge feel is what we’re founded on,” Bowers said. “Why not get close to Jackson Hole; we’re in the Rockies, it’s right there. So far, it’s fit like a glove.”

The Aurora location will open in the Southlands Mall at 24110 E. State Ave. in March. Joan Adams will be the general manager, and is working at Lazy Dog in Westminster until opening day. Bowers said the restaurant is looking to open five locations in Colorado over the next three to five years.

Lazy Dog has a line of six beer recipes made for it by Golden Road Brewing in Los Angeles. In addition, it will feature local options like Avery Brewing Co., Oskar Blues Brewery and Great Divide Brewing Co. 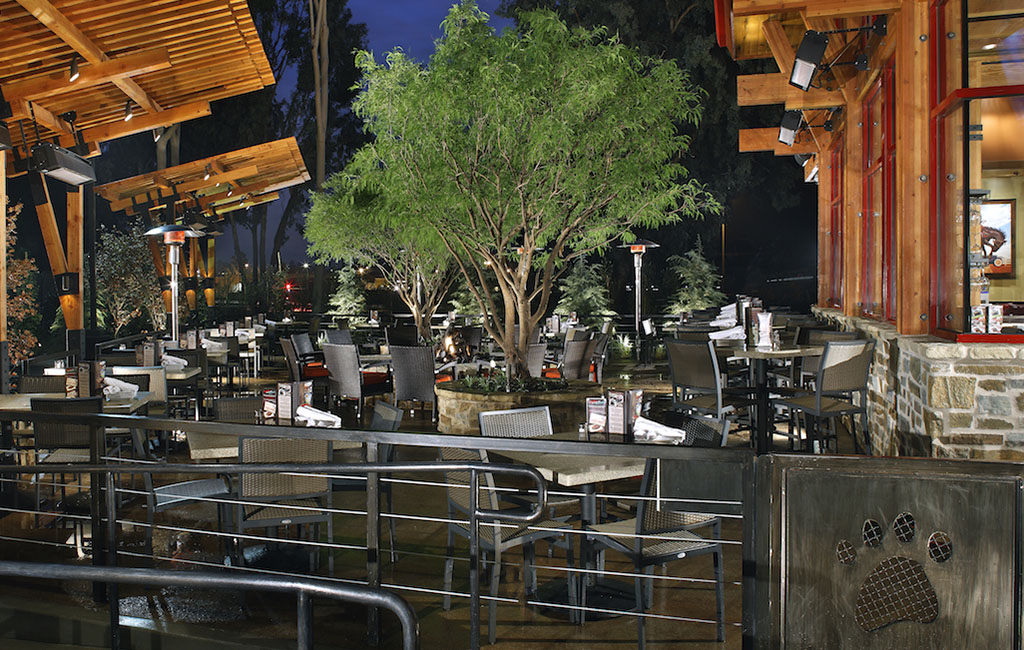 Dogs are permitted to dine with their owners on the patio of Lazy Dog restaurants. (Lazy Dog)

A California-based company that has menu items for patrons and their four-legged friends has planted its first Colorado outpost in Westminster.