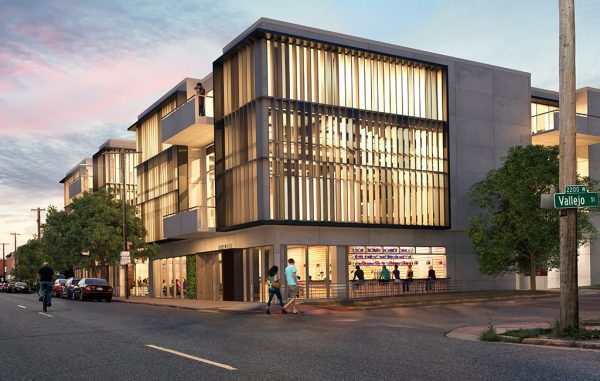 A new three-story office building could be coming to the Highlands.

32V LLC has submitted plans to the city to construct the facility on 0.32 acres along West 32nd Avenue, between Vallejo Street and Lyle Court.

The firm is made up of Denver-based City Street Investors, Elevate Architecture and landowner Brent Kimball.

The development, yet to be approved by the city, would replace two existing structures.

The first, a white two-story building constructed in 1893, has four apartment units. The second, built in 1942, began as a grocery store and spent years as Pic’s Corner Bar. Kimball converted it into a residence, but said he envisioned transforming the site.

“I knew the neighborhood would change,” he said. “It took a far bit longer for it to happen, and it was well beyond my imagination.”

Kimball said that he has been approached by developers interested in buying the property, usually for townhouses. Ultimately, he decided to play a role in the development himself.

“I’ve been around the neighborhood too long to completely walk away,” he said.

Kimball approached City Street about the site about 18 months ago. The company’s development portfolio includes the retail and common areas of downtown’s Union Station and 3600-3616 W. 32nd Ave. in West Highlands, according to its website. 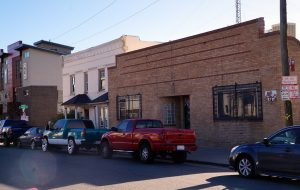 The white apartment building and brick residence would be converted. (Thomas Gounley)

Plans call for a 32,000-square-foot building with restaurant or retail space on the first floor and office space above. Planned features include a mezzanine level on the 18-foot-tall second floor and a rooftop terrace.

Feddersen said the partners considered various options for the site, including residential, but concluded that part of town had “become kind of saturated” in terms of dwelling units.

“We didn’t know we could definitely differentiate ourselves,” she said.

Office space, however, stood out as a need.

“There’s some small multi-tenant spaces on Tejon, which are always full, but there’s not a lot of other options,” Feddersen said.

No tenants have yet signed on to the space. Michael Olmstead with Cushman & Wakefield is marketing the property.

Feddersen said she hopes to begin eight months of construction in spring.

The landowner plans to cash in on his 1996 purchase of the site, submitting plans for a three-story office building.