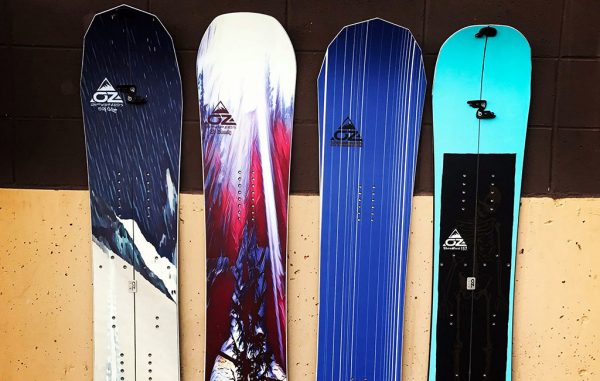 The company makes splitboards, which are snowboards that split into ski shapes. (Oz)

Adam Browning spends most of his time splitting away from the resorts. The founder of Oz Snowboards hopes the company’s first patent helps more people do the same.

“There’s not a whole lot of things you can do new,” Browning said of the snowboarding industry. “We’ve done our part to move the sport forward.”

The patent allows Oz to produce its newest iteration of splitboards – snowboards that split into ski shapes, so a rider can easily manage mountains in the backcountry.

The patent is for a locking system that holds the two pieces of a splitboard together, prohibiting the boards from flexing too much and hampering downhill riding.

“It rides like a solid board, not a splitboard,” Browning said.

Browning said he first started working on the locking system during summer 2015, after realizing his splitboards had too much flex while riding downhill.

Oz started making prototypes using the new locks and testing them at St. Mary’s Glacier near Idaho Springs. It then made a few boards for the firm’s sponsored riders, but otherwise waited until the patent came in before going full-throttle on the product.

Browning, 43, grew up in Colorado and attended Colorado State University. 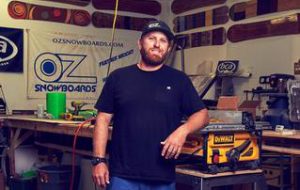 The splitboard locking system is not the first time he’s been an inventor. He also developed a plumbing product, LiquiLock, which plumbers use to solidify water for toilet removal.

“That funded the snowboard business from day one,” Browning said.

Browning makes the plumbing product and the snowboards out of a 2,600-square-foot warehouse at 4880 Robb St. in Wheat Ridge, employing four people during the busy winter season.

He said 60 percent of Oz’s sales come from regular solid snowboards and 40 percent from splitboards, and that splitboard sales have increased 20 percent annually.

“The problem with the industry is it’s getting too expensive and it’s getting too crowded,” Browning said. “The backcountry is free, as long as you’ve got your splitboard setup. You’re not stuck on I-70 and there are hundreds of places you can go.”

The company makes splitboards, which are snowboards that split into ski shapes. (Oz)

The locking system allows the Wheat Ridge company to produce its newest iteration of splitboards - snowboards that split into ski shapes, so a rider can easily manage mountains in the backcountry.