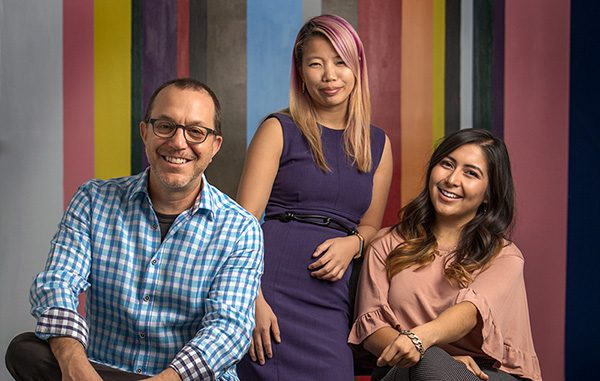 A veteran Denver advertising agency is changing its tune from I to we.

Aaron Templer LLC announced this week that, after nine years under that name, it has rebranded as Three Over Four.

Templer said the agency’s original name kept the office from having a team feel, and he wants workers to feel like they have more of a stake in the company.

The new name comes from Templer’s background as a musician. Three Over Four refers to a polyrhythm, where multiple rhythms with no similarities compete with each other.

“For me, that is a really strong reflection of strategy,” he said.

Templer said Three Over Four’s specialty is brand strategy, although it can do full advertising campaigns, including website builds, digital and print advertising and public relations.

The firm’s clients include the University of Denver’s executive education program and the Colorado Secretary of State.

Three Over Four has an office on the second floor at 607 22nd St.

The founder and namesake of a decade-old advertising company has taken himself out of its moniker.