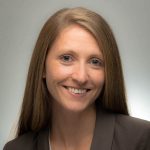 Lara Knuettel has been named chief executive officer for the Staenberg-Loup Jewish Community Center.  She had been the interim CEO for the past three months.  She had been the director of advancement at the Aspen Academy.  She has degrees from the University of Buffalo and Fordham University. 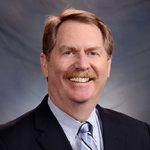 Orville Hinerman is the president of CFC Construction.  He is a graduate of the University of Colorado – Boulder.

Adam Larkey has joined Zeppelin Development as director of leasing and sales.  He had been with Broad Street Realty.  He is the co-founder of Eater Denver, a blog that covers the local dining scene.

Jesse Yuran has joined David, Hicks & Lampert Brokerage as a broker.  He will broker company transactions in the Rocky Mountain region.  He had been with Krause Holdings/Kum & Go.

Eric R. Benson has been named to the Dartmouth Association of the Rocky Mountains board of directors and will lead the group’s charitable and community service initiatives.  He is a business law attorney with Ireland Stapleton Pryor & Pascoe.  He graduated from Dartmouth College and has a law degree from Harvard Law School.