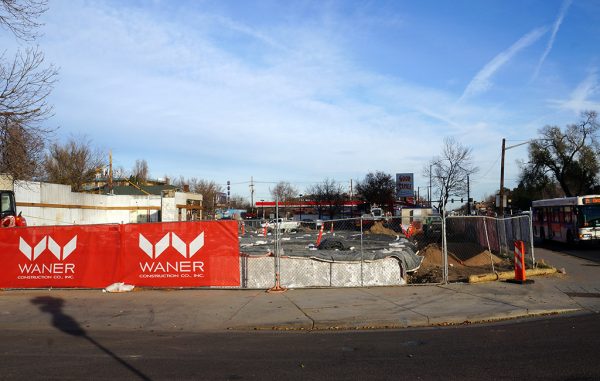 Denver-based Rosen Properties is building a two-story, 12,400-square-foot building at 3805 E. Colfax Ave., according to plans filed with the city.

Rosen general manager Sean Mandel did not respond to multiple requests for comment. The company bought the site through Rosen Investments LLLP in 1999, according to property records.

The property had been home to a 1,700-square-foot structure. The Denver Post reported in 2015 that it once housed natural pet food store Green Buddies.

Plans show the new building will have office and retail space, as well as 25 parking spaces.

Legend Partners is representing the landlord. A brochure for the property indicates Wells Fargo and Cricket Wireless have signed on to occupy a portion of the building, along with another business.

The brochure lists 3,123 available square feet on the east end of the building, and a sign at the site advertises for a restaurant tenant. Two Legend brokers did not respond to a request for comment.