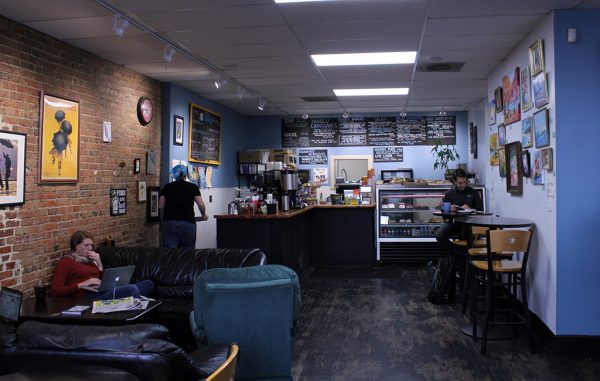 The original Under the Umbrella in Congress Park at 3504 E. 12th Ave. (Kailyn Lamb)

If you had asked Jyll Tuggle a year ago if she planned on adding a second location for Under the Umbrella Café and Bakery, which she’s operated in Congress Park for 10 years, she would have said no.

Tuggle took over the Waffle Up lease from owner Tom McCarty at 300 Elati St. in the Baker neighborhood, and opened Under the Umbrella there on Oct. 1.

She and McCarty will run the second location, while Tuggle’s girlfriend is helping to run the original outpost. Because the location was previously a restaurant, Tuggle said, the bakery did not need to renovate the building.

“(It was) chance really. It just kind of fell into place,” Tuggle said.

Luck also led her to the first café at 3504 E. 12th Ave. 11 years ago. Tuggle owned a wholesale bakery and was selling pastries to Mr. Lucky’s. She called the owner after he missed filling in some orders and found out he was selling the business.

“I nearly caused a wreck on Colorado (Boulevard) doing a u-turn on Alameda,” she said. 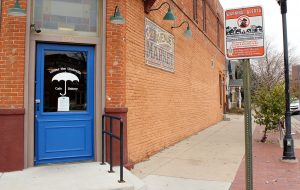 The second Under the Umbrella opened at 300 Elati St. in Baker. (Kailyn Lamb)

Before starting Under the Umbrella, Tuggle worked as a manager at Panera, helping to open its first nine locations in Colorado. She said the experience taught her about picking ideal locations for business.

Congress Park was an easy pick, she said. The location is on a quieter street, surrounded by schools and other businesses to draw in customers.

After living in Denver for 20 years, she said the neighborhood is also her favorite spot.

The new location in Baker has many similar features, and a matching interior layout with an exposed brick wall.

“There’s a lot of similarities. It’s kind of like I’m redoing the same thing,” Tuggle said.

The original Under the Umbrella in Congress Park at 3504 E. 12th Ave. (Kailyn Lamb)

If you had asked owner Jyll Tuggle a year ago if she planned on adding a second location for Under the Umbrella Café and Bakery, she would have said no.